Can inclusive education do more harm than good? 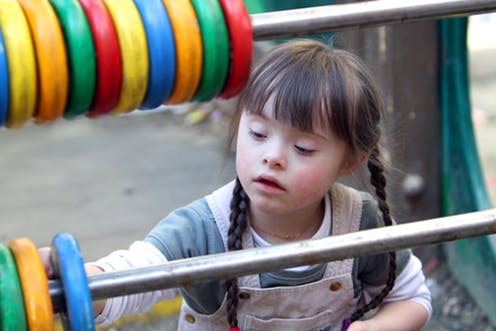 Recently, a teacher expressed his misgivings about the “inclusion at all costs” ideology of modern education. Despite being well supported by his school and hugely in favour of inclusive practice, he outlined his difficulties in managing a young fellow with Down Syndrome whose behaviour in the classroom was extremely difficult, and increasingly dangerous. This resulted in children and staff leaving the school, citing concerns about their safety and psychological health.
The article attracted derision from many, but also a sigh of relief from other teachers and a surprising number of parents of children with a disability.I’ve witnessed instances in my own kid’s classrooms, where both the teacher and teacher aide were needed to skilfully “manage” one child’s behaviour, while the other 20+ children sat and waited patiently for the crisis to pass. So resigned was the rest of the class, I was curious as to how much of their time was routinely spent in this fashion, and whether this impacted their learning.
I also wondered whether repeated exposure to this behaviour promoted understanding and tolerance or, alternatively, led to stereotypes that people with disabilities are difficult and disruptive?
When I worked for a disability support organisation, there was much angst for parents in determining whether their child was better off in a mainstream versus a special school. This discussion was taken extremely seriously, involving their paediatrician and a range of allied health/education specialists.
The vast majority of the time we supported mainstream inclusion. On the few occasions we were concerned this was not in the child’s best interests, a number of parents had a great deal of difficulty believing that their child could have a positive alternative education experience.
The outcome of parents insisting on mainstream inclusion was sometimes not helpful to their child. One young student had a severe level of cognitive impairment and social functioning. By high school she could barely read or write and had limited verbal expression. Her parents insisted on the most mainstream education possible, even preventing her from going on end-of-semester fun excursions with her class, lest it disrupt her studies.
No amount of discussion from her medical/education therapists could convince her loving parents that she would really benefit from some experience in crowds, queues and learning to interact appropriately in public, rather than focusing on her academic work.
This student is now an adult and I still see her around and about, always with a family member, as she frequently needs redirecting when her social interactions become inappropriate. This makes me wonder who benefited from her mainstream inclusion.
What if she had gone to a special school? The focus there would have been on teaching her useful life skills, such as how to interact with people in public. She may have even made a friend or two who shared her interests.
While I am a believer in the benefits of inclusion, it doesn’t automatically follow that inclusion is always the best choice for every child. Sometimes the decision to “mainstream” a child appears to be based more on appeasing the anxieties of their parents, as well as the ideology of the education system.
Inclusion doesn’t always work
The inclusion philosophy is based on the contact hypothesis – that by repeated contact/exposure to children with a disability, the general student population will be accepting of diverse needs and build friendships. However, research suggests this is not necessarily the outcome.Although there may be many benefits for the child with a disability, they are not unequivocal. These studies directly compared mainstream against special education settings. They found no difference in mainstreamed students’ social competence/functioning, as well as a lower self-concept (how someone thinks about, evaluates or perceives themselves).
Finding the right balance
Should we automatically start with the assumption that inclusion always works best for everybody? There is a fair suspicion that a child in a mainstream school who frequently and intensely acts out, does so for a purpose (to achieve removal from an environment in which they cannot cope).
At what point should we “listen” to their behaviour and accept maybe this isn’t the best placement for them? At what point does a child’s behaviour become unsupportable in a classroom environment, regardless of whether it arises from an underlying disability?
In the messy reality of implementing the noble ideal of inclusion, there is not a universally clear path to best practice. Rather, there appears to be a worrying tendency to consistently preference ideology over the best interests of the child(ren).19