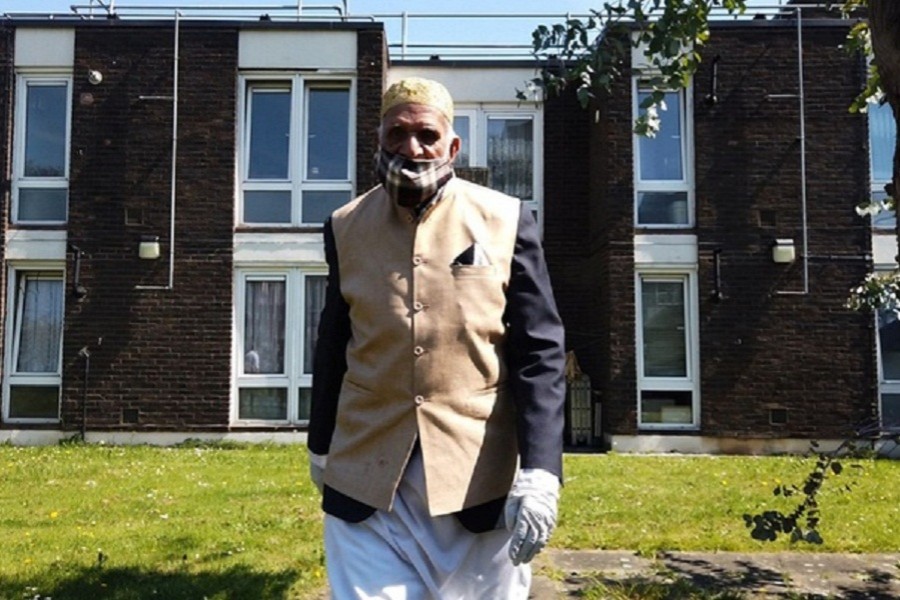 DOT Desk: [2] A 100-year-old man of Bangladeshi origin, who raised thousands for COVID-19 relief while fasting during Ramadan, has been made an OBE (Order of the British Empire) in the Queen’s Birthday Honours, reports BDnews24.
[3] Dabirul Islam Choudhury raised more than £420,000 by walking 970 laps of his garden in Bow, east London, during the Islamic holy month between 23 April and 23 May this year.
[4] From the money raised for a charity called the Ramadan Family Commitment, £116,000 was donated to the UK’s National Health Service (NHS) while the rest was distributed among 26 other charities.
[5] These funds were used for various charitable programmes such as the distribution of food for the poor and needy, affected by the epidemic in different countries, including Bangladesh.

Dabirul was inspired by the feats of a fellow centenarian, Captain Sir Tom Moore, who raised £33 million for the NHS by walking laps of his backyard.

Dabirul had initially stepped foot in the front yard of his London flat with a goal of raising just £1,000 but the response to the initiative soon became overwhelming.

Dabirul expressed happiness and pride at being made an OBE. He also thanked those who supported his initiative.

“I feel proud they have honoured me for the efforts I have done,” Dabirul is quoted as saying by The Independent.

“Initially, my father’s target was to raise a thousand pounds. This target was met in just a few hours. The more funds he received, the more it encouraged him to keep going. Even while fasting, he continued to walk for a few more days,” Dabirul’s son Atique Choudhury told bdnews24.com.