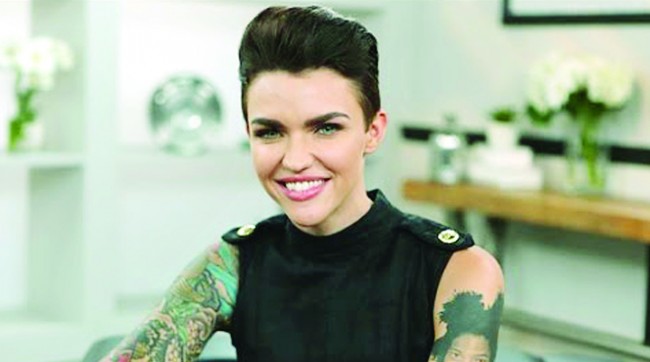 We all fell in love with Ruby Rose after that scene, in the hit TV-series Orange Is the New Black, where she winked at Piper Chapman. She was the cute, bold, smart, and fierce lesbian that had all of our hearts since the very first episode of the show she starred in. However, “gay” is not the only tag Ms. Roby Rose identifies with. She released a video back in the year 2014 that showcases all the struggles she, and other gender-fluid people face. She explains that the video is “about gender roles, Trans, and what it is like to have an identity that deviates from the status quo” and I believe it was a very progressive and empowering short film. The video got around 500 thousand views and garnered a lot of responses worldwide, mostly positive of course. However, the Australian DJ and model received her fair share of negative feedback too. With the internet being the best place for people to anonymously share their views, Roby Rose has been targeted with numerous internet trolls, and harsh criticism from people who are still not that aware about LGBT issues. One such YouTuber commented “I don’t like this videos idea of a male image. Aggressive, vulgar, cocky, tattooed, smoker. These aren’t gender attribute”. And this doesn’t end here. In between every 10 positive comments there is always that one comment that is not helping the cause, which perfectly depicts how we have a long way to go when it comes to understanding and accepting the LGBT community.
Ruby Rose’s performance in the video takes us into the life of a gender fluid person. I learned that while in some countries, it might be easy to go around identifying yourself as gay, it will always be difficult for those girls who wish they were boys and vice versa, regardless of where they are. It is only a 6 minute long video and I urge you all to head on to YouTube and watch it.