Bold and Beautiful in Egypt 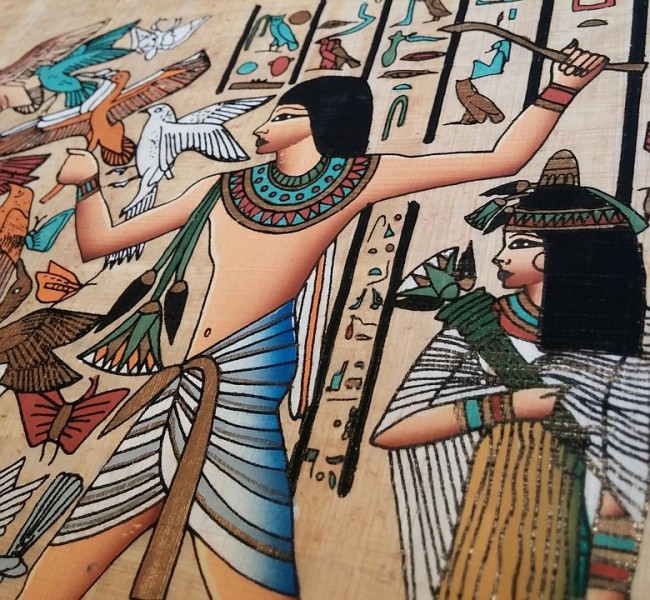 A recent exhibition in London titled Beyond Beauty, hosted by the charity organization Bulldog Trust in the Neo- Gothic mansion of Two Temple Place has brought in a record number of people and a new way of looking at the exhibition.
Of the 350 exhibits, most of what we would call beauty products are on display. From small combs and mirrors to copper and silver pots of makeup, Kohl and perfume. The Egyptian seems to have put a great deal of thought into their make up process as well as their containers! A lot of the jars were heavily ornamented and shaped in the form of animals and birds. In ancient Egypt there was no discrimination, both men and women were quite accustomed to wearing makeup. A scrap of hair among the exhibits also lets us know that they wore hair extensions and wigs. Strings of beads and pearls, found in a young child’s grave also ascertains their love for jewelery.
Have you ever noticed, the smooth lines and serene regular features of people in Egyptians drawings or their depiction in movies? The deep lines of Kohl ringed around their eyes and the braided wigs? Well Egyptologist Joyce Tyldesley, says that makeup and accessories were not just for beautification purposes but served dual purposes which often prove to be a conundrum for archaeologists. Makeup for the ancient Egyptians was functional as well as aesthetic.
Did you know, that the heavy lines of Kohl rimmed around the eyes was a mix of lead based minerals which had antibacterial properties when mixed with the moisture from the eyes. It further acted as a screen to protect the eyes from the glare of the sun, much like pre-historic sunglasses. Wigs were often worn as a symbol of status, as well as acting as a protection against lice. Jewelery was not merely adornment but a way to ward of evil spirits and keep luck close to the body. Dancing girls often got tattoos on their thighs, most preferably of the dwarf Deity Bes, in order to ward of evil spirits and venereal diseases.
As seen in various portraits, the images of various kings were often changed with the ideology of the people. The older age kings were portrayed as God like creatures with an aura shining behind them, whereas if you take a middle king like Pharaoh Senwosret III, you will see his face is rather careworn and craggy with long loop ears. This imagery shows rather the mortality of the man and his ability to listen to his wards.
When thinking about Egyptians beauties, nothing comes to mind further than Cleopatra and Nefertiti. These two queens seem to symbolize the beauty of the days gone by. ‘Egyptomania’ ranged around the world after many women often follow the trend set by Elizabeth Taylor in her portrayal of Cleopatra, the paragon of beauty. The Funny thing is though that Cleopatra never was a woman considered beautiful in our sense of the word. Joyce Tyldesley, states that Cleopatra had in fact a big nose, a protruding chin and wrinkles to boot. Nefertiti was a rather plain looking wife of Akhenaten. Although not beautiful in the classical sense of the word, these women and the trends and sensations they sparked will always remain with us. After all, beauty is in the eye of the beholder.