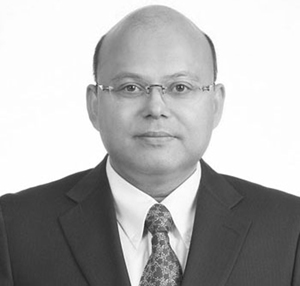 Thursday, 18 February 2016 was the first day for me to visit this year’s Boi Mela, the Ekushe Book Fair. I could not believe myself. I was unpleasantly surprised that it took so long for me to find time and opportunity to go to the book fair this year. I usually go at the very beginning of the fair, just after its inauguration. Should I feel a pinch of guilt now that I am late this time? Anyways, the reality is that I was there; I was in the middle of the crowd, mingling with the brighter minds of the era. Some of them known to me from beforehand, a lot of them were unknown to me. Many new faces, younger, fresher, and eager boys and girls were loitering around. It was so wonderful and encouraging to be amongst the ever vibrant populace. This gives a kind of assurance to our mind that we are progressing, not only individually but also collectively as a nation and country.
A book fair is the best way of getting people to an enormous variety of books in an atmosphere of delight, amusement, leisure and thrill. It gives them an acquaintance with many new books that they can hardly find elsewhere. The Immortal Ekushe Book Fair epitomizes the language movement of Bangladesh. The Immortal Ekushe Book Fair is a month-long event.
The story relating to the beginning of the Immortal Ekushe Book Fair at Bangla Academy is intriguing. Ekushe February came to be known as the Martyrs’ Day, because a number of people including students were killed when the students demonstrated in support of Bangla as one of the state languages of Pakistan on 21 February 1952. Poems and patriotic songs were written in memory of the day. The nationalists propagated that Bangla held the key to national progress and that the free exercise of the emotions and imagination could be possible only in the mother-tongue. The writings of Rabindranath Tagore, Kazi Nazrul Islam and other literary geniuses were quoted to support and strengthen this line of thinking.
Bengali nationalism was the product of a deep-rooted cultural force in which language played a decisive role. Bengali nationalism, striking at the root of religious fanaticism, created a favorable climate for communal harmony and peace in East Pakistan and eventually accounted for the birth of Bangladesh in 1971.
The year following the emergence of Bangladesh was marked by an exhilarating cultural awakening among the conscious citizens of the country. The year 1972 was, therefore, historic and breathtaking for Bangladesh. A book fair on the occasion of 21 February surfaced into existence. Bangla Academy alone organized a book fair for the first time in February 1973, and it coincided with the program of Ekushe. Since then this book fair has become one of the most noticeable expressions of the post-liberation cultural awakening. The progress from that point has been steady, gradual and sure. The story of our national day, Immortal Ekushe February, becoming the International Mother Language Day is also quite fascinating. I intend to give my perspective about it some other day.