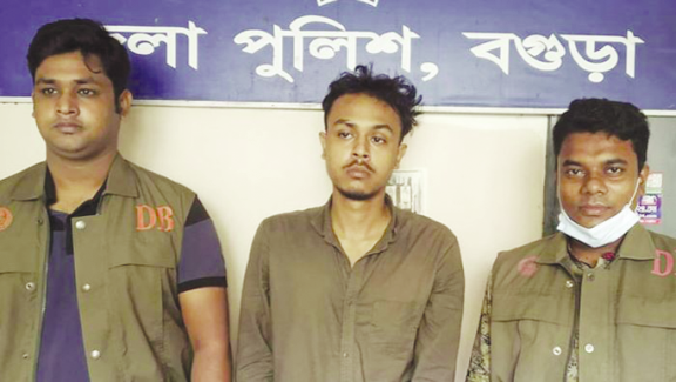 Imrul Hossain for DOT
[2] At the age of 22, a college student of Dupchachiya in Bogura had romantic affairs over mobile phones with more than 20 girls simultaneously, reported Amader Shomoy, Desh Rupantor.
[3] At one stage of the affairs, the college student used to take away money and ornaments from the girls through blackmailing.
[4] Based on a complaint lodged by a school girl, the Cyber Police arrested the college student. [5] Bogura Additional Superintendent of Police Sanatan Chakrabarty confirmed the matter. [6] The arrestee identified as Tanjimul Islam Reon used to record the indecent photos and videos during video calls.

[7] Later, he used to blackmail the girls and took away money and ornaments.

[8] The police said that the arrestee had a romantic affair with a school student. Later, he recorded the indecent photos and videos of the video calls.