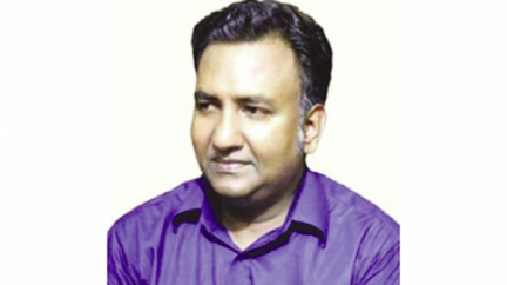 Desk Report: A Dhaka court yesterday placed BNP Joint Secretary General Habibun Nabi Khan Sohel on a five-day remand in connection with a case filed over attacking a prison van near High Court area and snatching accused in January this year, reports the daily star.
Dhaka Metropolitan Magistrate AHM Tuaha passed the order after DB Sub-Inspector Abdul Karim, also the investigation officer of the case, produced him before the court with a 10-day remand day prayer.
Sohel, also president of Dhaka north unit BNP, was picked up from near Gulshan-2 intersection yesterday evening.
In the remand prayer, the IO said Sohel was directly involved with attacking a prison van and snatching their fellows from the van. So, he needs to be remanded to find out others responsible for committing such offences.
Opposing the police plea, defence lawyer submitted a petition seeking bail along with cancellation of the remand prayer, saying that their client was implicated in the case as part of a conspiracy to harass him politically.
According to the prosecution, it was alleged that hundreds of BNP men swooped on police at around 3:30pm on January 30 and snatched away some of their fellows who were detained. In the process, three policemen were injured and a prison van was vandalised.
The incident happened when the motorcade of party Chairperson Khaleda Zia was crossing the area on way to her Gulshan home from a court in Bakshibazar of Dhaka.
Following the incident, Shahbagh police filed a case accusing Sohel and several other BNP leaders and activists.
Sohel, an accused in over 41 cases, was sent to jail after his surrender before a Dhaka court on October 9 of 2016.Later, he was released on bail after getting bail from the higher court in all cases.