BBC Russian reporter in Kyiv: The day the war began 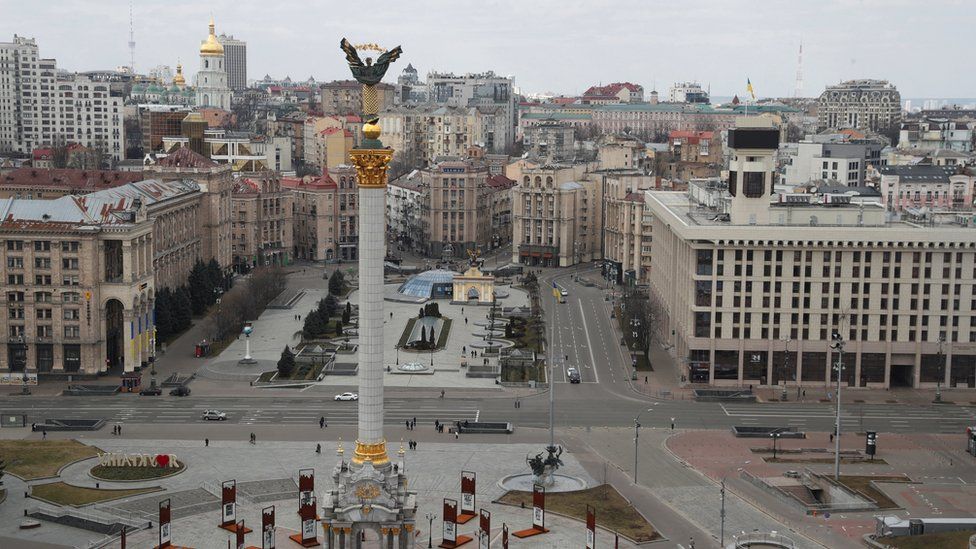 “Your colleagues asked me to tell you – we seem to be under a bomb attack.”I never thought those would be words I would ever hear in Kyiv.Like many people I had listened to the US warnings in recent months that a Russian invasion was imminent, but I just couldn’t imagine it would really happen. I came to Ukraine as a journalist in 2014 to cover the “Maidan” protests when the then-President Viktor Yanukovych was deposed after his decision to move away from Europe and closer to Russia.
I covered events in Crimea when Russia illegally annexed the Ukrainian peninsula and I was in the east of Ukraine when Russian-backed separatists proclaimed their “people’s republics”.From the first day of conflict in eastern Ukraine, Russia has denied its presence there.But I remember very clearly September 2014, when Russian tanks were taking over a small Ukrainian town just over the border from Russia. I saw these tanks with my own eyes, yet when I went on air to describe the situation for a Moscow radio station, they would tell me: “This can’t be happening. You must be mistaken.”I also witnessed Russian troops from the Far East region of Buryatia supporting rebel fighters during the bloody battle for the strategic city of Debaltseve in the Donetsk region in February 2015.
I remembered all of these things, as well as the poisoning of the Russian opposition leader Alexei Navalny, the appalling fraud at the last Russian elections and the changes to the constitution introduced in order to allow Vladimir Putin to stay in power until 2036.
Yet I still could not believe it that the Russian president would start a full-scale invasion of Ukraine.
‘Everything changed’
It was not until the hotel concierge was standing by my bed telling me war had started that I believed it.And from that moment, everything changed.
In the hotel lobby, I paid my bill, but the receptionist’s hands were trembling so much she couldn’t sign the receipt.And then my phone started ringing.A friend in Kyiv asked if I knew of any taxi drivers in Odessa who could help drive his girlfriend out to safety in neighbouring Moldova.
Within an hour we found someone – at double the usual rate.
Get out? Or stay put?
Another friend rang from Lviv, where he’d gone for a job interview. Should he try to get the train back to Kyiv?
We decided railway lines and stations were likely to be a target for the invading forces, and so it was best to stay put.The next call was from a Ukrainian veteran of the fighting in Donetsk in 2014 – a man I had interviewed just a few days earlier. He was desperate to get his ex-wife and child out of Kharkiv, a city only half an hour’s drive from the Russian border.The only train tickets available were for tomorrow he said, but with fighting already happening on the outskirts of the city could they risk waiting until then?