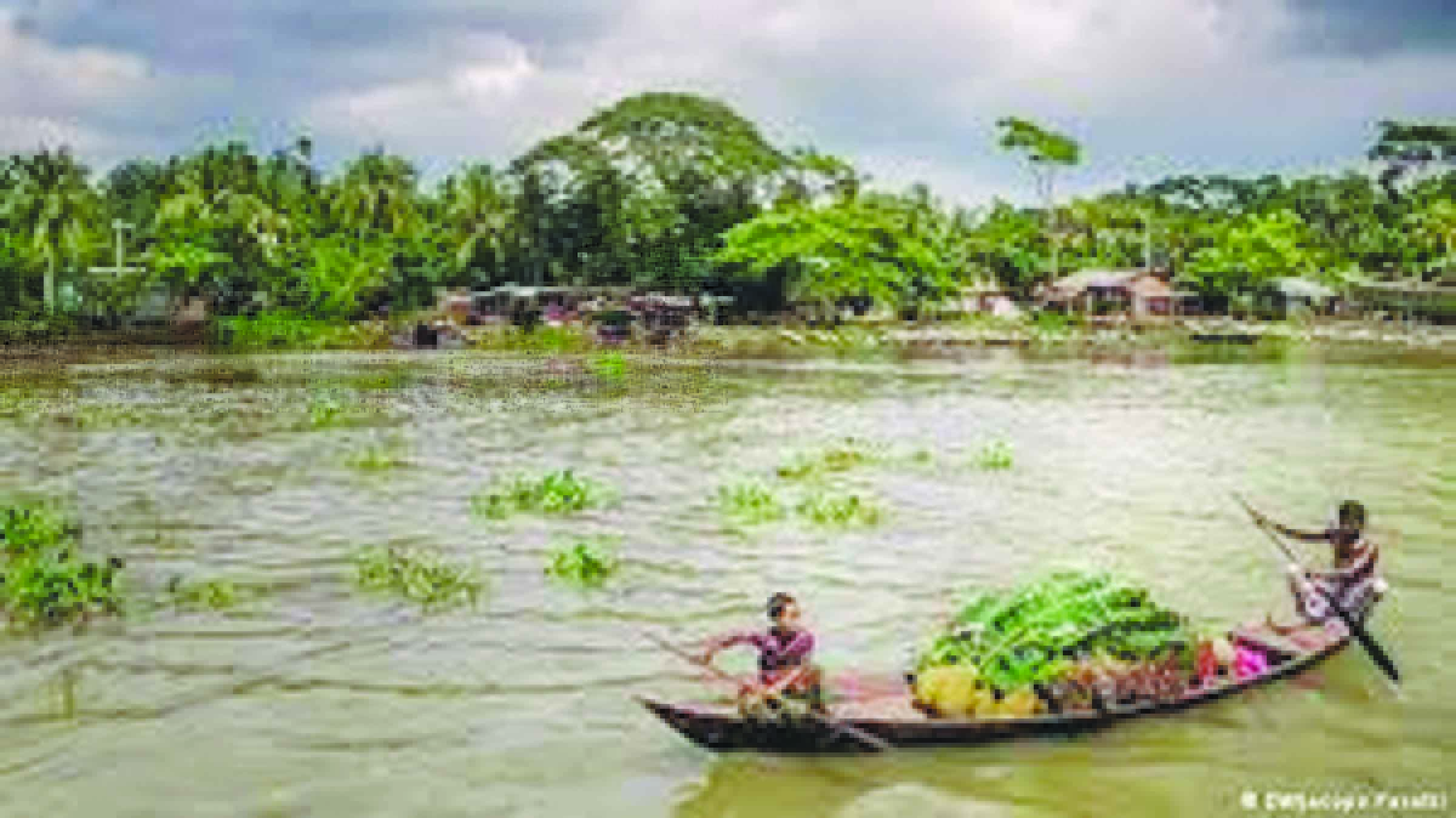 Bangladesh is one of the countries most vulnerable to climate catastrophes.
But, there are several initiatives to help local communities, particularly women, overcome the effects of climate-related problems. Geeta Moni Mandal spends several hours a day in her homestead where she is cultivating a variety of vegetables this winter. Mandal, wife of a daily-wage laborer and a mother of two, started growing vegetables in her yard two years ago after her husband’s income declined.
“Intense floods and waterlogging forced many farm owners to abandon agricultural production. It was hard for daily-wage laborers like my husband to find regular work,” she said, adding: “I am now supporting my family and my children’s education by selling vegetables.” Mandal’s case is not unique in the region. Many women living in Bangladesh’s coastal areas, where extreme weather events linked to climate change routinely cause misery in local communities, share similar stories.
Extremely vulnerable to climate change
Bangladesh is one of the countries most vulnerable to climate catastrophes. The country faces frequent floods, droughts, riverbank erosion, coastal erosion and cyclones that form in the Bay of Bengal.
The southern coastal part of the country, where around 30 million people live, is often battered by climate-related natural disasters, which displace hundreds of thousands of people and inundate vast tracts of land. Women in these regions mostly rely on small-scale agriculture, cattle, poultry rearing, as well as handicrafts for their livelihood. Climate stress and the resulting decline in incomes have also led to increased migration of men from villages to cities in search of jobs, often leaving women behind. The climate challenges compound the other socio-economic challenges women face in the region.
The patriarchal social norms here mean that female mobility and participation in decision-making processes are heavily restricted.
They have limited access to and ownership of land and other productive assets. Furthermore, their access to market and capital is constrained, while many of them face problems like domestic violence and early marriage.
Building up environmental resilience
Many local and international organizations have been making efforts to help the local communities, particularly women, overcome the effects of climate-related problems.
It includes building suitable water management systems that are necessary to ensure rainwater flows to the fields and usage of climate-resilient seeds and organic fertilizers, among other things.
At the same time, support is provided to link the farmers to the market, which ensures that their produce reaches consumers. The NGO says that the assistance has helped raise the incomes of women.
Ashish Barua, a climate change and disaster risk reduction expert at Helvetas, told DW that his organization’s project in the country provided support to at least 1,800 women. “Considering the other socio-economic factors, we can say the climate-resilient livelihood approaches have helped the women improve their situation,” he said.
Key to women’s financial empowerment
Shymali Rani, a resident of Samaddarkhali village in Bangladesh’s southern Bagerhat district, grows vegetables on a plot of land near her house. Shyamali learned how to carry out vertical farming during a training arranged by a local NGO.
Through vertical farming, food crops can be cultivated easily in urban areas by planting in vertically stacked layers to save space and use minimal energy and water for irrigation. The method has helped her not only to combat inundation but also ensure the best use of a small piece of land, she said.
“With the help of my husband, who is a daily-wage laborer, I grow a variety of vegetables in the garden and earn 5,000 to 7,000 taka (€50 to €70, $58.55 to $82) per month,” she told DW.
Climate researcher Abdur Rahman said that climate-resilient livelihood approaches turned out to be successful not only in Bagerhat and Khulna districts, but also in other coastal areas of the country.
Such methods gave low-income women access to resources and empowered them financially, he added.