Bangladesh ‘crossed all the barriers to bring a wonderful win’ 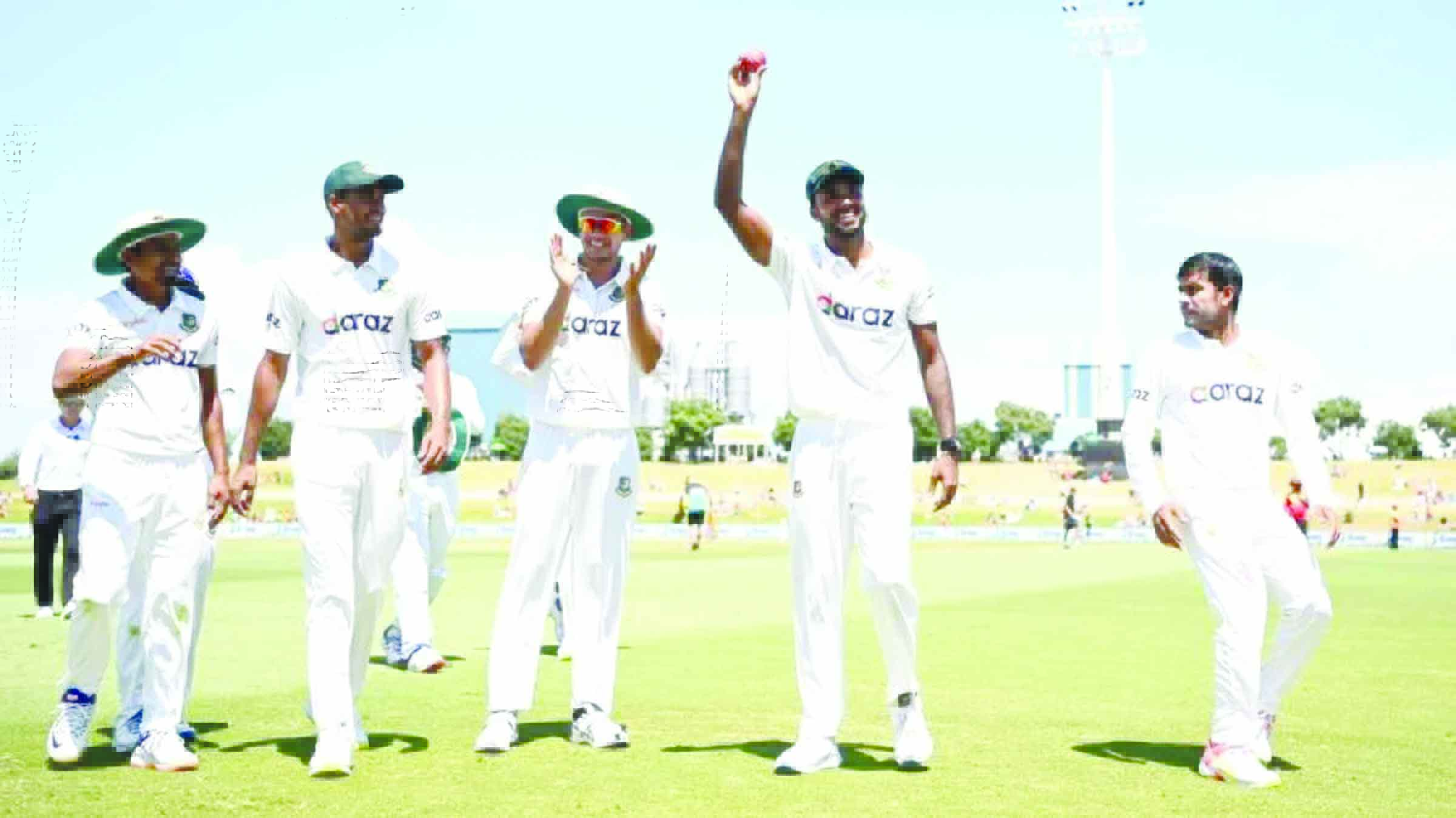 Bangladesh ODI captain and senior player Tamim Iqbal praised the team for crossing “all barriers” to beat New Zealand in their own backyard in the first Test in Mount Maunganui. On Wednesday morning, there were celebrations led by Tamim and other players following the historic win, at the Shere Bangla National Stadium in Dhaka, where the BCL final was taking place.
Tamim praised the scale of the victory, particularly keeping in mind Bangladesh’s previous record in New Zealand.
“We returned empty-handed from New Zealand for many years, many tours,” Tamim wrote on his official Facebook profile. “The situation was tougher this time. But the team crossed all the barriers to bring a wonderful win. Beating New Zealand in New Zealand is one of the toughest jobs in world cricket. We showed that we can.
“What really touched me was that it was a total team effort. It is a team with great spirit. No praise is enough for Ebadot [Hossain]. [Mahmudul Hasan] Joy, [Najmul Hossain] Shanto, Liton [Das], [Mehidy Hasan] Miraz and Yasir [Ali] everyone contributed in the win. Even Taijul Islam took a brilliant catch as a substitute.”
Tamim said that captain Mominul Haque deserved special mention for continuing to motivate the team during a “difficult time”.
“People say a lot of things about the cricketers’ ability, but playing while being in a bio-bubble is tough. They have adjusted themselves and given the nation a great gift.” “I will mention someone separately. At a very difficult time, when no one believed in the team, when there was doubt within the team too, only one man didn’t lose his belief. He always tried to motivate the team by saying ‘we can, we definitely can’, despite bad days, bad performances. He has tremendous love for Test cricket. He gives the most priority to Test cricket. I doff my cap to the captain, Mominul Haque.” Chief selector Minhajul Abedin wants the team to use this blueprint to continue their success in Tests.
“This is a memorable win. It is a huge milestone for our cricket.” Abedin said. “I think if we hold on to this process for the next three to five years, we can become a good Test-playing team.

“People say a lot of things about the cricketers’ ability, but playing while being in a bio-bubble is tough. They have adjusted themselves and given the nation a great gift. Definitely, they deserve a salute.”

“I am lost for words. I am extremely happy. We have won a few Tests, done a few good things, but I think this is our greatest achievement as a Test-playing nation.

“We played great cricket throughout this Test match. In every department. Top-order batting, fast bowlers, spinners. Even the captain got us breakthroughs. It will be tough to find something negative from this Test win.”