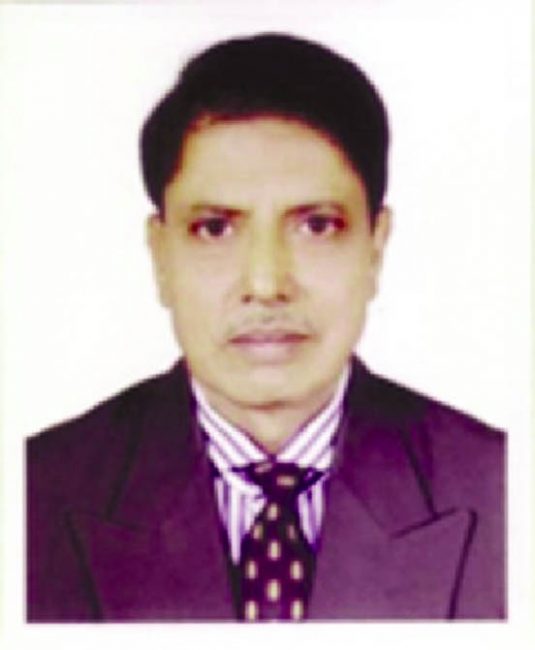 Bangabandhu is the architect of independent Bangladesh. He had the towering courage and personality. Bangabandhu was a real epitome of courage, both in the physical and moral sense. The historic 6-Point Program, an explicit embodiment of Bengali nationalism was unfurled at Lahore, the heart of Punjab by Bangabandhu. In Lahore, the bastion of arrogant Punjabi power, Bangabandhu displayed admirable physical and moral courage during the course of a public meeting in 1970 that he was addressing.
It so happened that his speech was being purposely interrupted by some Muslim League-Jamaat hirelings. When these elements did not stop even after being cautioned, Bangabandhu shouted at them, asserting that he had not come to Lahore to seek votes as he had plenty of them in his place, and that they either listen to him or disappear from the meeting area. No Bengali had ever publicly ventured to rebuke the power-obsessed high nosed Punjabis in such a raw manner.

When Bangabandhu spoke, it had an electrifying effect on the Bengalis whose spirit soared immeasurably in heightened expectations. Their support for their leader was total as evidenced in the historic landslide electoral victory of the nationalist causes in 1970. When the time came for tough talks across the table, Bangabandhu did not wilt. In fact, the cabal of Pakistani army generals that accompanied General Yahiya Khan for the meeting in March 1971 was awed and surprised by the gutsy presentation and forceful manner of Bangabandhu.
The post-partition scenario in Pakistan did not witness much of a change. The military-civil bureaucracy conspired with the business oligarchy and the landed gentry to protect their vested interests. People’s emancipation did not figure seriously in the politician’s scheme of things.
Bangabandhu was gifted with extraordinary organisational acumen and had the inkling of the brutality of the Pakistani military junta. Accordingly, he exhorted the people for an imminent armed struggle. His historic 7th March speech bears an eloquent testimony to that. Precariously positioned as he was in the extremely demanding tumultuous days of March 1971, Bangabandhu as a constitutional politician acted with supreme forbearance.
During the nine-months of genocide, armed struggles and untold sufferings, Sheikh Mujib’s name resonated ceaselessly in the hearts of millions of Bengalis, not only within the geographical boundaries of Bangladesh, but all over the world, and he remained a demigod to Bangladeshis. In the words of General Rao Forman Ali, “90% Bangladeshis were taken in by the magical power of Sheikh Mujib, and they were ready to sacrifice their lives for the creation of Bangladesh”. Sheikh Mujib was not a revolutionary guerrilla leader like Che Guevara or Mao Zedong; the source of his strength did not come from the barrel of the gun, rather, from the mandate and trust of his people.
In November, even US President Richard Nixon, an unblinking ally of Yahya, in order to rescue his friend from the impending catastrophe, asked Henry Kissinger if it would be wise for him to advise Yahiya to have a dialogue with Sheikh Mujib. Kissinger’s response was, “That would be absolutely suicidal for him, Mr. President. He will be overthrown the next day”.
So a Mujib in the enemy’s custody proved to be a thousand times stronger than a free Mujib fleeing to a neighboring country, which happened to be the arch enemy of his former country. This decision once again highlighted Bangabandhu’s vision, which, as the words scripted by the 17th century Irish writer Jonathan Swift, “is the art of seeing what is invisible to others”.