Back in “Controversy”: ACDC 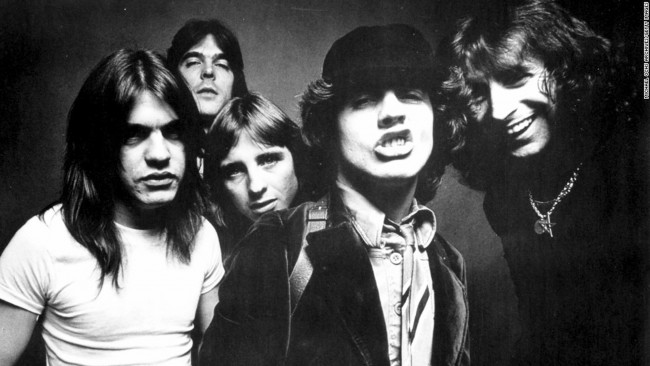 Rock legends ACDC are no strangers to controversy. Over their forty-three year reign as the kings of grit and dirt fuelled rock, they have managed to hit the headlines one time too many, albeit not always for good reasons. From hitting platinum albums to band members being linked to threats of murder, the Australian maestros have done it all. And yours truly has decided to explore some of the well known ones.
Controversy #1: Sometimes, you get serial killers for fans
Well, when you have fans all over the world, sometimes it’s not surprising to get one that just happens to slip through unlocked doors and windows and slit the occupant’s throats. Very few among the “We brutally murder innocent people” club can boast as being as vicious as Richard Ramirez, a.k.a. The Night Stalker. However, after he left behind an ACDC hat at the scene of the crime, it became clear that the man, as well as being a fan of slitting throats was also an ACDC fan. Controversy still links the Night Stalker to the ACDC song “Night Prowler“, which talks about breaking into people’s homes. Although guitarist Malcolm denies being connected the serial killer, one can only wonder if the Night Stalker was inspired by the lyrics of their songs.
Controversy #2: Phil Rudd and the book of Drugs and Murder
As if being accused of being in possession of methamphetamine and cannabis was not enough, the ACDC drummer from New Zealand pleaded guilty to both the aforementioned drug charges as well as “threatening to kill” and procuring the services of hitmen to “take out” his former security guard-turned-personal assistant following the failure of Rudd’s solo album. Talk about being a sore loser, eh?
Controversy #3: Be nice to your band mates
The prolific vocalist Brian Johnson feels like he’s being “kicked to the curb” according to Jim Breuer’s podast. He has also expressed that despite his 36 year run with ACDC, he was always treated like a hired gun for the band. Despite the rumors surrounding Johnson being possibly fired, guitarist Angus Young has expressed desire to get one more album out and have one last world tour. The question is, is someone else going to fill Brian’s shoes? Or can he still fit in them himself? Fan eagerly wait for the conclusion to this drama, hoping to avoid a repeat of the whole Guns’n Roses charade.