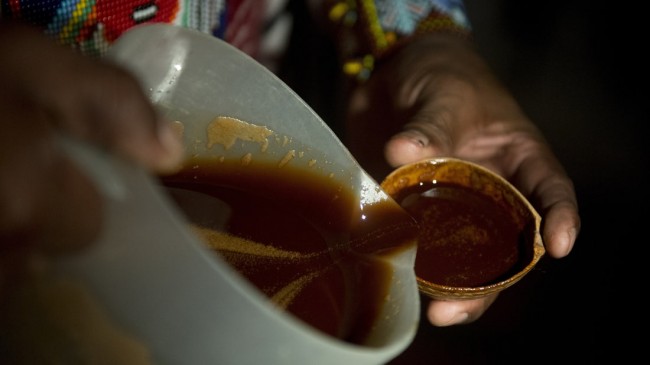 Ayahuasca is an herbal drink made from plants that grow in the Amazon jungle. For centuries, this tea has been used in healing ceremonies. The drink causes hallucinations and is said to have spiritual and therapeutic benefits. In recent years, it has attracted the attention of Western medicine as a possible treatment for depression.
The drug has also become popular with people seeking a “shaman experience.” Giving rise to a booming new industry in South America.
The recipe for ayahuasca differs by region, according to a 2003 paper in the Journal of Pharmacology. The tea is prepared by an ayahuasquero, who is typically trained in the traditional ways of preparing the tea. The ayahuasquero prepares and serves the tea during a ceremony that usually takes place in a shaman’s hut. Those partaking in the tea lie on grass mats or mattresses while riding out the high, which can last for hours
There is a dark side of drinking ayahuasca. Though not common, some “ayahuasca tourists” have died, and many Westerners have reported being molested and raped. The tourist boom has given rise to charlatans and fake shamans.