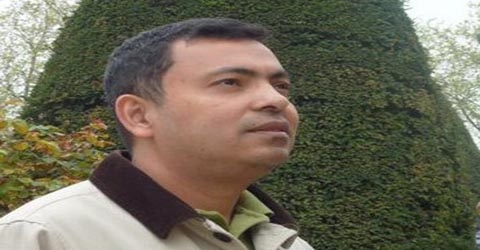 Though one year has already elapsed, the investigation agency could not yet make any headway in debunking the mystery behind the murder of blogger Avijit Roy.

However, the Detective Branch (DB) of Dhaka Metropolitan Police, assigned for handling the case, claimed that they have already identified three suspects in the brutal killing.

Avijit, son of noted physicist Ajoy Roy and founder of Mukto-Mona blog, was hacked to death, and his wife Rafida Afrin Banya injured as unidentified killers attacked them near Teachers-Students Centre (TSC) on the Dhaka University campus on February 26 last year.

Avijit, a US expatriate, along with his wife were on a visit to the country as two books authored by him were published on the occasion of Ekushey Book Fair last year.

It is true that there is yet any visible progress into the clueless killing, he said, but expressed the hope that they can get the result expected in this regard shortly, said Monirul, who is also the head of the Counter Terrorism and Transnational Crime (CTTC) unit of DMP.

Eight suspects have already been arrested in connection with the killing and they are languishing in jail, he noted.

Of them, only one suspect admitted that he was involved in provocation to kill blogger Avijit, he added.

Replying to a question, Monir said the DNA samples, which were sent to the Federal Bureau of Investigation (FBI) of the United States, have already been examined and hoped that the investigators would get the report very soon.

“Once the reports are in hand, we’ll analyse those samples to see whether they match with the eight detained suspects’ samples,” he said.

Earlier, a four-member FBI team came to Bangladesh on March 3 last year to help the Bangladeshi law enforcement agencies investigate the Avijit murder case. They visited different places, including the killing site and returned to the US after collecting 11 samples for DNA tests.