at would a genuine plan for levelling up the north of England look like? Ask a German 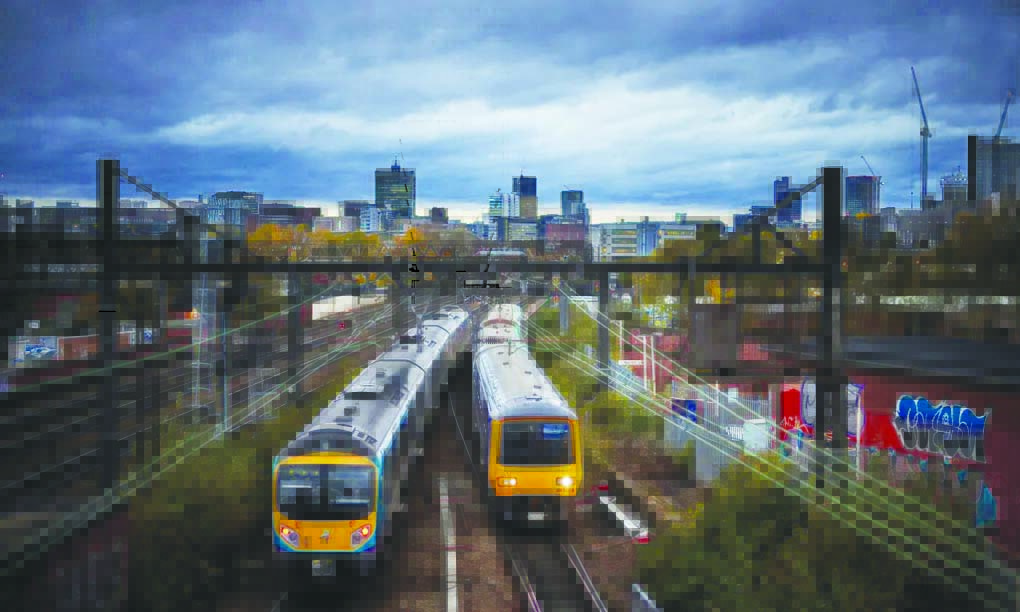 Today a minister will wow political and business leaders from across the north of England with his government’s achievements on levelling up. Sadly, I am not talking about a UK minister, although Michael Gove will no doubt be warmly received. I am instead referring to Carsten Schneider, minister for east Germany and equivalent living conditions.
Schneider will tell the Convention of the North in Manchester: “The goal of creating equal living conditions everywhere in Germany can even be found in our constitution. There are good reasons for it. If regions are drifting apart, it is bad for everyone. If a variety of regions flourish, the whole country will prosper.”
This is what real levelling up looks like: a basic law in the German constitution requiring equality between the 16 states and an annual process of funding redistribution to support it. When you visit Germany, you can see and feel the success of this policy wherever you go in the high standards of transport infrastructure and the public realm.
The great irony is that Britain had a big hand in creating it. In the aftermath of the war, to prevent a concentration of political power in Berlin, the allies drew up new boundaries for the German states and gave them real autonomy. It has worked spectacularly well and is a model of nation building.
Can you imagine what Britain would be like today if we had applied the same policy here? All the great cities of the north of England would be connected by high-speed railway lines instead of crumbling Victorian infrastructure. Manchester would almost certainly have an underground system, like other European cities of the same size and influence, and Leeds a mass transit system. The north would have a modern industrial base and a bigger economy. Our jobs and homes would be better; people would be living longer and in better health.
When you consider this alternative vision of what the north could have been alongside today’s reality of unequal living standards, you can see why the mood is becoming mutinous. Whitehall’s version of levelling up – where places have to plead on bended knee for funding and the names of winners and losers are handed down from on high – only confirms to many what is wrong with the way the country is run. Do they realise how they are coming over? I doubt it.
And yet, they have achieved one thing not seen before: the unification of the north of England across geographical and political lines behind a call for change. Today’s convention, the fourth and biggest yet, is proof of that. The north is getting organised. Our voice is getting louder.
We are politely, but firmly, telling all political parties that things are going to have to be different. This is not northern whingeing. Instead, it is a positive offer to UK plc to let us contribute more and write a new story for ourselves over the rest of this century.
The idea that the north of England cannot achieve the same economic power as other parts of the UK is not borne out by history. In the 19th century, the great cities of the north built Britain’s wealth. Liverpool was one of the most powerful ports in the world; Manchester was the global hub of the cotton industry. These two cities pioneered rail travel. An illustration of Manchester’s economic and political power came in 1862 with the refusal of its mill workers to handle slave-picked cotton, a decision that helped to end the American civil war.
Our decline in the 20th century was not due to any weaknesses of ours but to hostile national policy, particularly on industry and infrastructure. Can the north rise again in the 21st century? Put that question to today’s convention and you would get a unanimous yes. The issue is whether Whitehall is prepared to let us try. The new devolution deal for a united north-east gives grounds for hope, as do our trailblazer talks with the government on deepening devolution in Greater Manchester.
One of our proposals is to convert Greater Manchester’s funding into a single grant – similar to the way Whitehall funds Scotland and Wales. This would allow us to break out of the constraints of the departmental silos and deploy funding more flexibly.