At a time of crisis, I had no support network. So I made my own 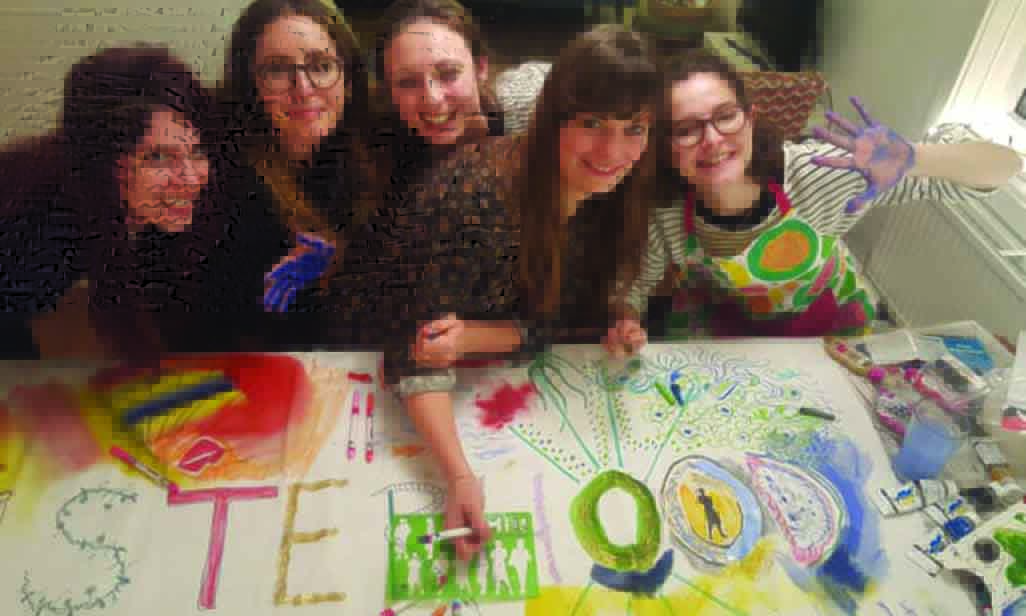 At the start of 2019, I found myself in an A&E in east London with a high fever and struggling to breathe. But the symptoms weren’t my only problem. The woman behind the hospital check-in desk asked for my next of kin. Suddenly, I realised I had no name to give her. My mum, who’d raised me without a partner, was fighting for her life after a transplant, part of her gruelling cancer treatment. I was also single for the first time in a long time. I blinked back tears as I sent a message to a group of friends asking whether it was OK for me to give one of their contact details.
This wasn’t just any group of friends. As my mum was being prepped for her risky transplant a couple of months before, I had the bleak realisation that I might soon be very alone in the world. My relationship was breaking down, soon to be over, and my mum was no longer able to be a parent. I’d stumbled across a vlog on YouTube about something called a “women’s circle”. It sounded somewhat hippyish, but also comforting.
I liked the idea of a community of women, able to rely on each other in a more defined and intentional way than friendship often affords. It brought to mind my great-aunt Coralie. She was a nun who, in her frail old age, had none of the problems experienced by many single people who need care: a nun’s life is a life of community, not atomisation. It has bonds of obligation and reciprocity built into it, far less fragile than friendship or romance can prove to be. She was cared for by her sisters in a convent by the sea. I didn’t have Coralie’s faith, but could I have her sisterhood? I sent a message to a few women, asked them to invite another woman each, and we began meeting monthly and chatting in a WhatsApp group. Tentatively, we felt out a deeper way of connecting than over brunches or drinks after work. As our bonds grew, it became what I’d been hoping for: a sisterhood of sorts. My next of kin that day at the hospital was one of the circle members, an early sign that the group would become a site of real care, and others jumped in with offers of support once I was discharged with a diagnosis of pneumonia and a packet of pills.
Over time, the circle has developed from monthly meetings into a reliable network of care. The first baby has been born, and it was to the circle that the mother sent her 3am distress flares when she wondered how she’d cope as her husband returned to work. Without the circle, and as a migrant whose family is abroad, she risked isolation with her newborn. With us, she has a shift pattern of willing women to aid her. The family unit is the conventional building block of care, but it’s often too small, too busy with work or too geographically spread out to perform that function. The absence of one person, whether partner or parent, can quickly render us helpless. It’s not how we’re supposed to live. It’s not how many of us want to live. And yet, so often, we do. In the annals of LGBTQ history, there is a potential solution. In a 1995 collection of essays, gay men described the “families of choice” they had created when biological relations rejected them. They performed the daily labour of care for one another and relied on these “unrelated relations” to be there for them, through thick, thin and the harsh realities of HIV/Aids. But they also observed the poverty of the English language to capture these relationships. One man, John, wrote that “to call us merely best friends denies the depth of who we are to each other”. Perhaps for some, “friend” means someone obliged to provide you with care, like a biological family member might do (or, in some jurisdictions, be required to by law). But for many, the care of friends during serious life events is a blessing rather than an expectation. And that’s the difference. It doesn’t have to be this way. In Mexico, for example, there is an established culture of compadrazgo, or “co-parenthood” among non-blood relations that became popular after the Spanish conquest decimated social structures. Likewise, African-American communities developed a strong tradition of non-kin bonds after slavery broke ties with blood relatives. These relationships can be as important as family ones, so much so that the US National Black Nurses Association has called for medical protocols to be amended to have them placed on an equal footing with biological family.
We live in a world in which family sizes are shrinking, children are moving further away and people are living longer, but often not healthily. For those who are still young, this can seem like a distant problem, a dystopia for someone else to deal with. But if you haven’t needed to give or receive hands-on care yet, it’s not because you’re invincible; it’s because you’re lucky.
We need new forms of care that respect the changes in our demographics and step in where family and state don’t reach. Covid-19 has turned many of our minds to the ways in which we bond, or fail to bond, with those around us. Neighbours, friends and housemates have grown closer. If we can nurture these bonds, they could grow into a form of collective care, ready to support us when the need arises – which we can be certain it will.