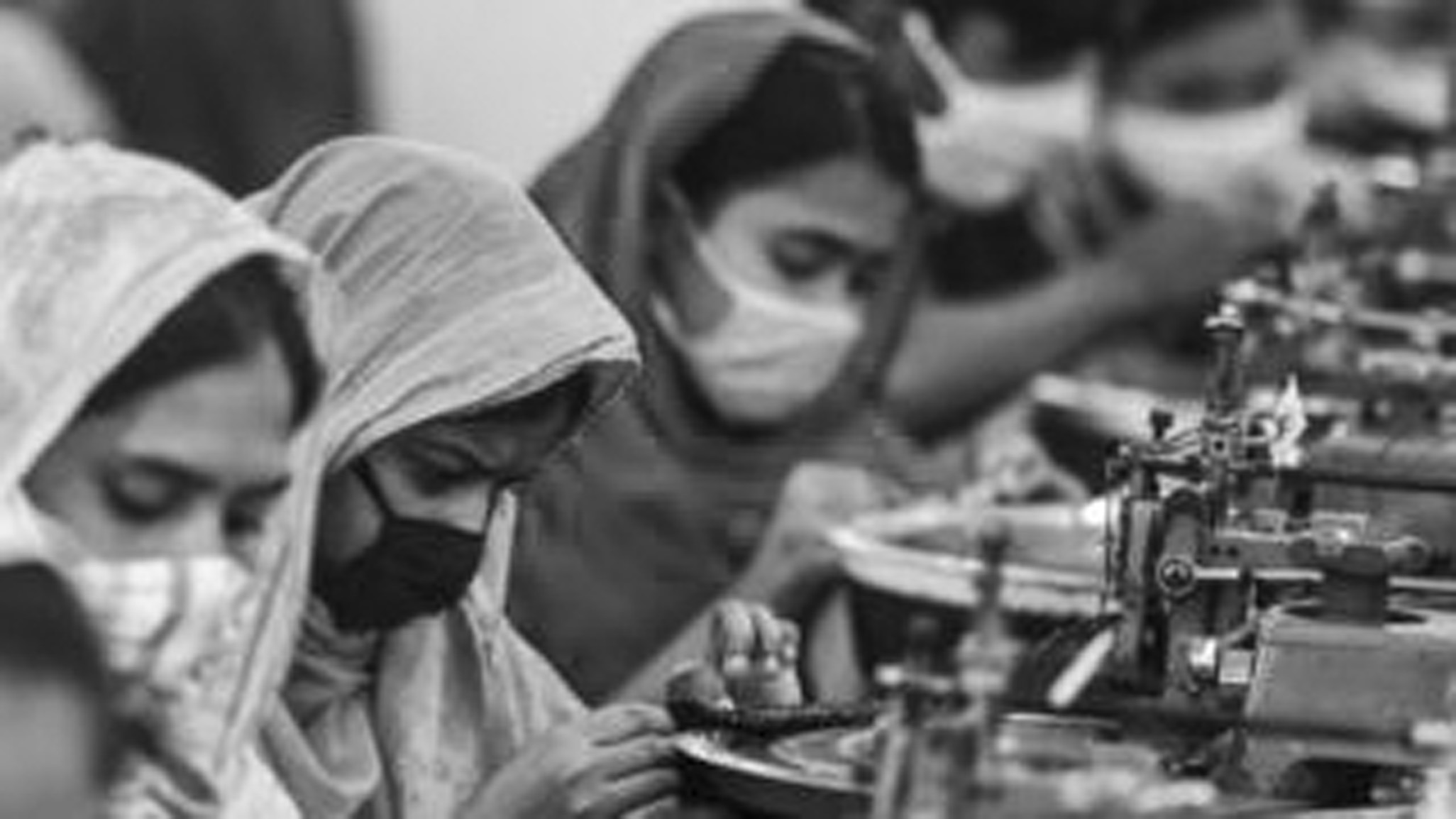 “If our workers don’t die from coronavirus, they’d die of starvation.”
This is the stark assessment of how the pandemic is impacting the clothing industry from garment factory owner, Vijay Mahtaney, the chairman of Ambattur Fashion India.In normal times, Vijay Mahtaney and his partners Amit Mahtaney and Shawn Islam employ a total of 18,000 workers in three countries – Bangladesh, India and Jordan. But the outbreak has forced them to shut down the majority of the business, with just one factory, in Dhaka, partially operational.
Coronavirus lockdowns aren’t the only thing affecting their ability to pay their workers. They say their main problem is unreasonable demands from big clients – mainly in the US and the UK.”Some brands are showing a true sense of partnership and high level of ethics in trying to ensure at least enough cash flow to pay workers,” Amit Mahtaney, the chief executive of Tusker Apparel Jordan, told the BBC.
“But we’ve also experienced demands for cancellations for goods that are ready or are work in progress, or discounts for outstanding payments and for goods in transit. They are also asking for a 30 to 120 day extensions on previously agreed payment terms.” In an email obtained by the BBC, one US retailer has asked for a 30 per cent discount “for all payables – current or order”, including those already delivered. The reason they cite is to “get through this extraordinary period”. “Their attitude is one of protecting only shareholder value without any regard to the garment worker, behaving in a hypocritical manner, showing complete disregard to their ethos of responsible sourcing,” Vijay Mahtaney said. “Brand focus on share price, now means some of them don’t have money for this rainy day, and are coming to the weakest link in the supply chain, asking us to help them out when they could be applying for a bailout from the US government stimulus package,” Vijay added. It comes as garment manufacturers have been hit hard by two major issues related to coronavirus lockdowns. The problems started in February when factories couldn’t get the raw materials they needed from China, the world biggest exporter of textiles, which accounted for some $118bn (£67bn) in 2018.
Then as China’s textile factories reopened in recent weeks – giving garment manufacturers hopes of getting operations back on track – demand collapsed as retailers were forced to shut their doors after governments around the world imposed lockdowns.
Crucial industry
China may be known as the factory of the world, but when it comes to clothes, Bangladesh, Indonesia, Cambodia, Vietnam and Myanmar play a growing role.
“Garment manufacturing has been diversifying away from China for around ten years due to China’s high costs,” according to Stanley Szeto of apparel maker Lever Style which supplies premium brands including Hugo Boss, Theory, Vince, and Coach, as well as online names like Bonobos, Stitch Fix and Everlane.
It means that garment manufacturing is a crucial industry for many of Asia’s developing economies, with World Trade Organization data showing that Bangladesh and Vietnam are amongst the world’s four largest exporters of clothing. Bangladesh now accounts for 6.7 per cent of market share, followed by Vietnam with 5.7 per cent.
Bangladesh has more than four million garment workers, and textile and apparel products made up more than 90 per cent of the country’s exports last year.
Cambodia and Sri Lanka also rely on the industry for more than 60 per cent of their exports, according to Sheng Lu at the University of Delaware’s department of fashion and apparel studies.The industry accounts for more than half of all manufacturing jobs in Bangladesh, and 60 per cent in Cambodia, with production being a particularly important employer of women.Associate Professor Lu thinks the coronavirus pandemic could see countries such as Bangladesh, Vietnam, Cambodia and India cutting between 4 per cent to 9 per cent of garment sector jobs.
That is partly why the Bangladeshi government is trying to help the industry.”It has offered a generous stimulus package to subsidise wages, convert loans to long-term debt and offer very reasonable interest rates,” said Shawn Islam, managing director of Sparrow Apparel Bangladesh. “While it’s not enough to weather the storm, it will help.”
The Cambodian government has also announced tax holidays for textile factories and proposed a wage subsidy scheme for workers.That is because this outbreak could result in a longer term impact like labour shortages, price increases of raw materials and a lack of production capacity, said Associate Professor Lu.After growing criticism and pressure, some brands including H&M and Zara-owner Inditex have committed to paying in full for existing orders from clothing manufacturers.”Brands have profited for many years from producing in low wage countries without social security systems and have in many cases built up huge empires through this business model,” said Dominique Muller of Labour Behind the Label. “Decades of exploitation must now be paid back to care for their workers.”Factory owner Amit Mahtaney agrees.
“Retailers have to help out. Richer governments’ bailouts of the industry are also critical,” he said.
(Source: BBC)

Without it, he claims, the industry could be wiped out completely.