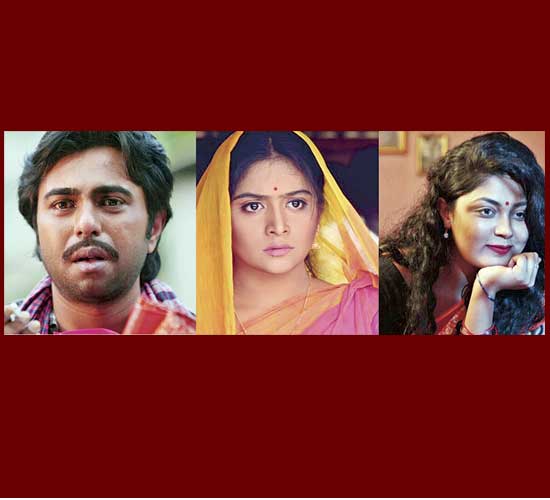 Ace actor Apurba is popularly tagged as the romantic hero of small screen. But this time he will be seen as a CNG driver in the TV play Rupar Nupur. Directed by Habib Shakil and written by Bakar Bakul other casts of the single- episode TV play are Mousumi Hamid, Umme Adiba, Monisha, Kamol, Salauddin and others.
The story revolves around a woman’s silvar anklet. One day Apurba sees an accident occurred before him which leaves a man dead. The deceased’s bag was idly lying there.  Apurba opens the bag and discovered a saree, a silver anklet and a photograph of a newly-wed woman. He then falls in a dilemma whether he will hand over the belongings to the woman of the photograph or not. The plot then reaches climax.
Director Habib Shakil said, “Making such a character by Apurba is undoubtedly a bold step, and he has worked very hard for this”. The story centers inner confliction of human psyche. It will be on air very soon. Earlier in last Eid-ul-Fitr, Apurba starring ‘Masterplanner’ aired in ntv was a big hit. Depicting Apurba a professional killer the play was also directed by Habib Shakil.