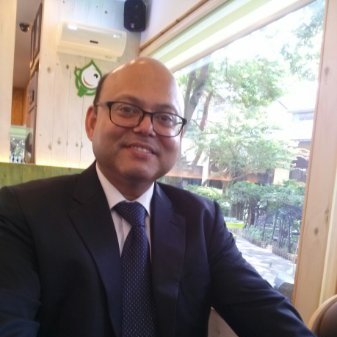 During the cold war era the world politics depended largely on the relationship between America and Russia. After the breaking up of Soviet Union in 1991, Russia do not hold that strong an impact as it used to be. Still with President Putin at the helm Russia is a force to reckon with. And now that the new administration is about to start in America with new President Trump at the top, the world is cautiously watching as the events unfold. Recently the former world chess champion Garry Kasparov, a Russian dissident now living in exile in the United States, warned today that the world could be entering a very dark ages unless President-elect Donald Trump reverses course and stands up to Vladimir Putin. His idea is that Putin and his top aides are eagerly anticipating Trump’s presidency because they believe he will cut a grand bargain with Russia that will expand its sphere of influence. He said that unless the United States tried to restore the balance, there will be dark consequences.

The Senate Armed Services Committee is planning hearings Thursday on Russia’s hacking attacks against the American political system — a move that was part of the Russia’s strategy to undermine Western democracy. Some believe that America should retaliate with far stronger measures than expulsion of 35 Russian diplomats and sanctions on four top military intelligence officials. For example Kasparov thinks that they to go after Putin’s wealth which is the core of his power.

Russia’s surprise decision not to retaliate for President Obama’s new sanctions highlights a striking trend: Governments that have feuded with the outgoing administration are openly indicating their belief that US policy under Donald Trump will change dramatically in their favor. On Thursday, Obama took unprecedented steps to strike back at Russia for hacking the Democratic National Committee’s servers and the email account of Hillary Clinton’s campaign manager to help Trump win the White House and undermine public confidence in the legitimacy of the American electoral system. The administration slapped new sanctions on Russian intelligence agencies and companies, ordered 35 Russian diplomats to leave the country within 72 hours, and shut down two Russian government–owned compounds in the US.

The typical Russian response would be to take some kind of similar measure in reprisal. And indeed, Russia’s foreign minister initially did just that, publicly recommending on Friday that Russia shutter US diplomatic facilities and eject 35 diplomats. But hours later, Russian President Vladimir Putin overrode that sentiment, declaring that there would be no expulsions and the facilities would keep running. He even invited the children of US diplomats to join traditional Christmas parties in the Kremlin. Analysts believe that there is only one reason he would do that: He is anticipating a pro-Russia pivot from Trump. While US-Russian relations are at their lowest point in years, Putin knows that departing from the typical diplomatic tit-for-tat playbook and showing restraint is the best way to set the stage for Trump’s arrival in the Oval Office and a potential about-face in US-Russian relations.

He is not alone. The leaders of Israel and the Philippines have also made obvious indications that they are eager to see Obama leave Washington — and expect things to run far smoother with a man who has promised to make some big changes to the way the US does business around the world. It is common for foreign leaders to privately believe new American presidents will be friendlier than their predecessors. It’s pretty unusual for so many to say so publicly.

Leaders are taking such steps because of the historically unprecedented nature of the Trump presidency. New presidents are typically at least somewhat known figures for their foreign counterparts — Barack Obama was a first-term senator when he ran for president, but had taken numerous overseas trips before and during his campaign — and stock senior posts in the administrations with officials who had served in government before. Trump, by contrast, has never held elected office and has rarely if ever interacted with foreign leaders. Many of those being tabbed for senior positions are likewise unknown quantities for other governments. His United Nations ambassador pick, Nikki Haley, has no experience in diplomacy whatsoever. Secretary of State Nominee Rex Tillerson has worked with other governments and leaders before, but to push the interests of Exxon Mobil, not the US government.

The unknowability of Trump’s incoming administration creates incentives for unorthodox diplomacy. And to the extent that foreign leaders can sense that his attitude toward their countries is likely to shift things in their favor, they are eager to show that in relatively flashy ways.