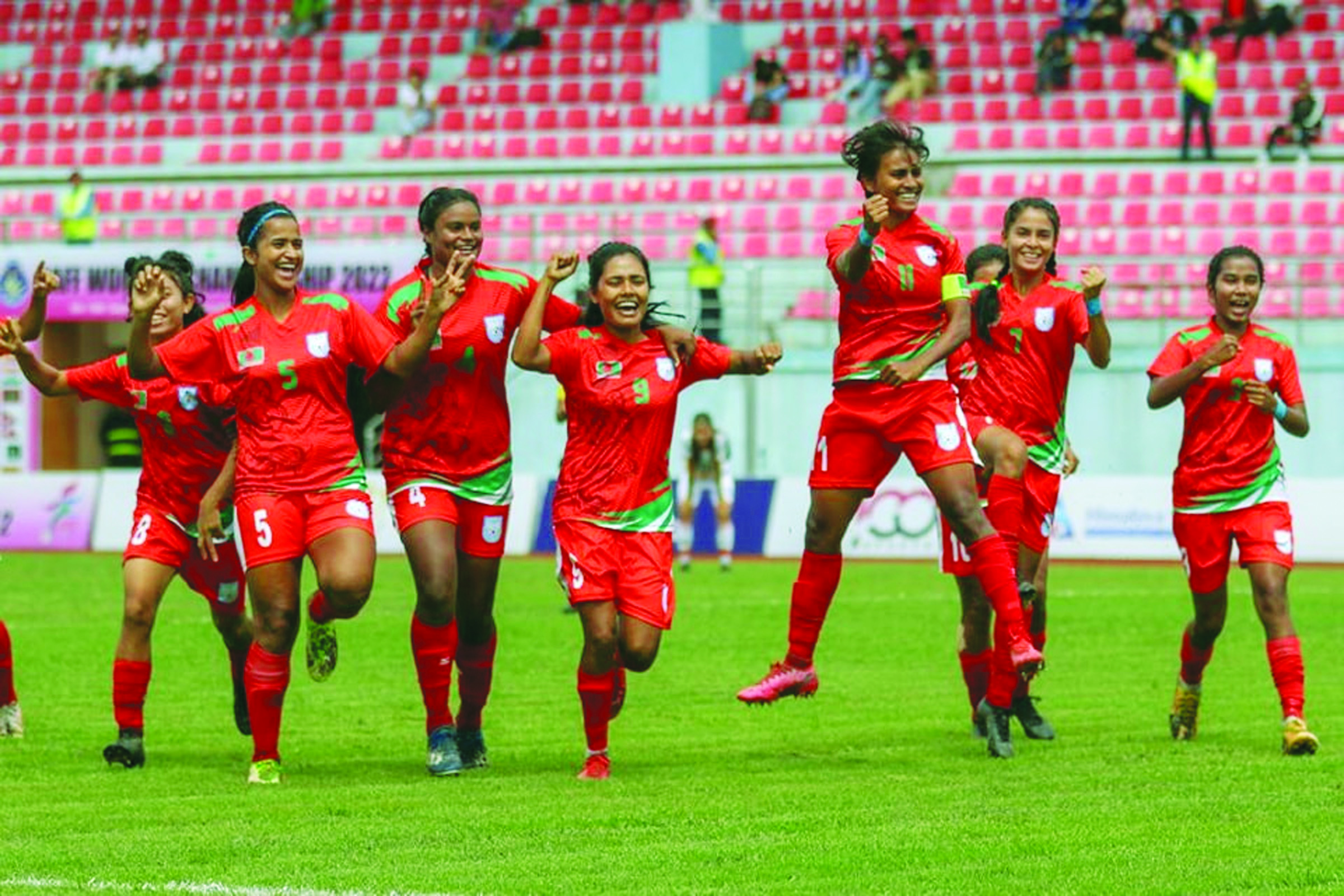 DOT Desk: Bangladesh women’s football team advanced to the grand finale of the Saff Championship for the second time in history after thumping hapless Bhutan 8-0 in the first semi-final in Kathmandu Friday, reports Dhaka Tribune.
Captain Sabina Khatun scored her second hat-trick in this year’s competition after her first against Pakistan, while Sirat Jahan Shopna, Rituporna Chakma, Srimoti Krishna Rani Sarkar, Masura Parvin and Tahura Khatun netted one apiece. High flying Bengal Tigresses will either face five-time champions India or hosts Nepal, who take on each other later Friday, in Monday’s final.
Playing their first ever semi-final in the sixth edition of the regional competition, 176th ranked Bhutan were no match for 147th placed Bangladesh who are on a four-match winning streak.
The Himalayan nation are yet to score a goal, let alone draw or win, against Bangladesh in past meetings between the two sides in the Saff Championship.
The women in red and green are also yet to concede a goal in this tournament after outclassing the Maldives 3-0, Pakistan 6-0 and India 3-0 in the group stage.

Golam Rabbani Choton’s charges went into the first half break leading 4-0 and added four more after resumption as they bid to lift the crown for the maiden time after heartbreak in the 2016 final against India.

Bangladesh took the lead in just the second minute of the game when Shopna received a through pass from Monika Chakma and dribbled past goalkeeper Sanjeeda before finding the back of the net for her fourth goal in this edition.

Sabina doubled the lead in the 17th minute from a Maria Manda cross.

Monika was provider once again at the half hour mark as Krishna Rani headed home from her cross to triple the lead.