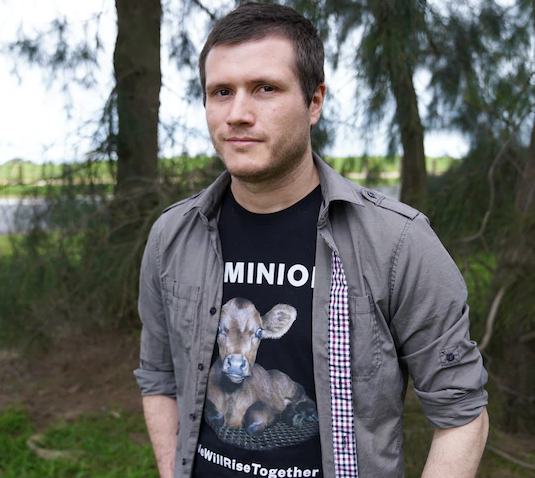 Chris Delforce, former Director of Aussie Farms, the organisation which released a map disclosing the locations of farming operations and covertly filmed livestock, has nominated as a candidate for the Animal Justice Party.
The move has angered the farming community, Victorian Farmers Federation President Emma Germano said.
“Is there any wonder that Australian’s are getting so totally sick of politics in this country when you hear [people like that are running,” Ms Germano said.
Protecting livestock
Mr Delforce said he was running for the federal Senate as he believed animals should have their rights represented in the parliament. “Animals are completely forgotten by those who represent us… Yet there was a report commissioned in 2018 by the federal government that found 95 per cent of respondents care about farm animal welfare,” the Farm Transparency Project director said. “I’d like to get into a position where I can push for education programs about what is happening to animals, push for more incentives for farmers who no longer want to be involved in these fairly cruel industries. “And it also comes back to our environment, we know that animal agriculture is a major contributor to climate change, and yet the federal government is ignoring that.”
As an animal rights activist Mr Delforce was behind the film Dominion, which featured covertly filmed images of livestock from Australian farms and lead to major anti-farm protests across the country. “As an activist, it is easy to be overlooked and ignored by those who have the power to [protect the welfare of farm animals through federal legislation],” Mr Delforce said. Jane McNaughton