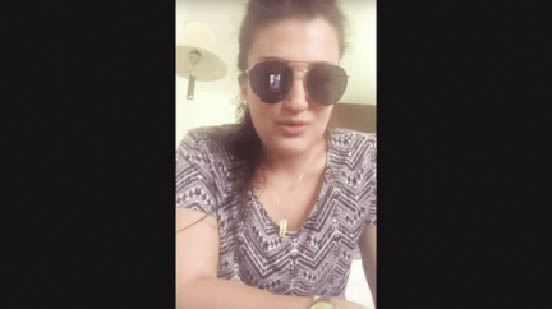 MEMO: Lebanese citizens launched a hashtag on Twitter calling for Egypt to release a female Lebanese national who was sentenced to eight years, Al-Mesryoon reported yesterday.
An Egyptian court sentenced Lebanese Mona Al-Madbouh to eight years over claims that she insulted Egyptians and published immodest videos on social media.
The Arabic hashtag, “Return Muna to us”, called on Egypt to release the detainee and for a boycott on travel to the North African state.
Social media users said the Lebanese government should act to release its citizen.
In May, Egyptian police detained Amal Fathy, an activist, after she posted a video on social media criticising the government for failing to protect women against sexual harassment and over worsening living conditions.
Fathy is being questioned on charges of incitement to overthrow the ruling system, publishing lies and misusing social media.