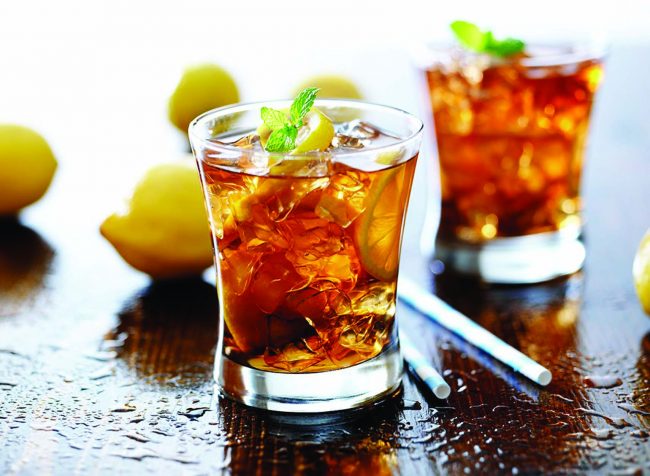 June 10th was National Iced tea Day and while it’s only an unofficial food holiday, it makes sense that Americans would set aside a day to celebrate this amazing summertime sip: THEY POPULARIZED IT!
While tea itself has been consumed in America since the Colonial Times (umm remember The Boston Tea Party?), iced tea was a summer luxury until the early 1800s. People from the North could cut large chunks of ice from frozen ponds and lakes in winter, and then insulate it with sawdust so that it could last into the warmer months. However, in the hot South, snow and ice didn’t exactly around.
With the turn of the 19th Century, ice entrepreneurs from the Northern US started shuppinf ice down ti the South and the Caribbean. Americans would come to dominate the 19th Century global ice trade and there’s good reason to believe that plenty of ice was being used to serve tea on the rocks! The earliest iced tea recipes had more in common with the booze-laden Long Island iced tea than the stuff Lipton sells today. Yes, Americans were drinking iced tea in the form of alcohol drenched punches at least as far back as the Colonial era! Recipes for non alcoholic iced tea didn’t come to print until 1876. Iced tea habits started shifting around the 20th Century, when the non alcoholic version was popularized at the 1904 World’s Fair in St. Louis.
Tea leaves themselves have become more affordable. As tea plantations popped up in India and Ceylon, and countries in Africa began producing tea in the second half f the 19th Century, the price of tea considerably dropped. The majority of tea these countries produced was black and more economic, which in turn made it more popular. However, until the World War II, American consumers were split between black and green tea.

Eighty five percent of all tea consumed in the US today is sipped cold. Whether you prefer your tea with a hint of liquor or simply served on the rocks, you are taking part in a tradition that is about 200 years old!