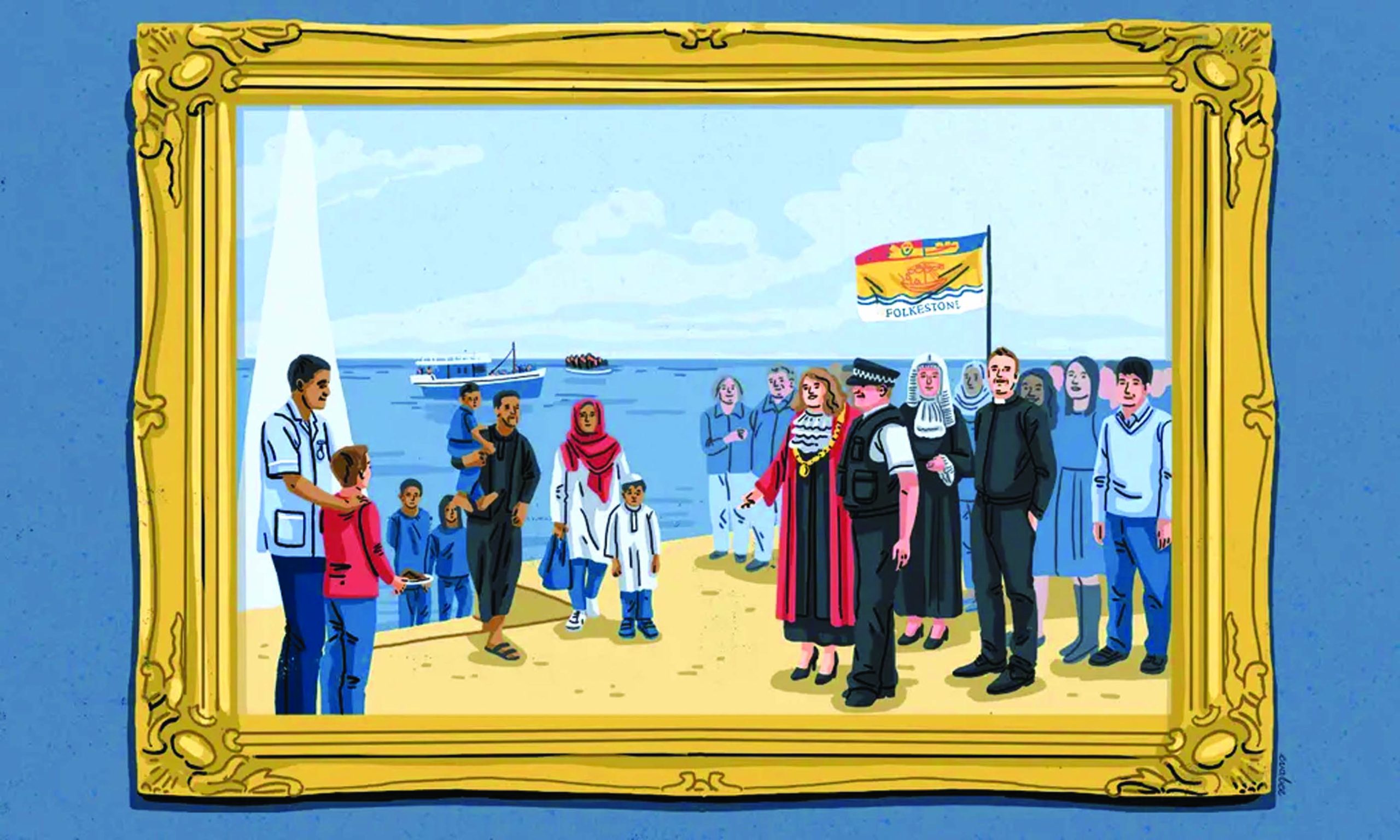 On the final Saturday night in August, the last RAF plane left Afghanistan. On board were any remaining British diplomats and soldiers, escaping a country in murderous chaos. Outside the base, Taliban militia were roaming Kabul’s streets, while the previous evening a suicide bomber had got to the airport gates and set off an explosives belt, killing at least 183 people. As the UK’s largest evacuation mission since the second world war ended, Boris Johnson praised his officials and troops: “They have expended all the patience and care and thought they possess to help people in fear for their lives.”
Nearly two months later and 4,000 miles away, a fragile young man in the Kent town of Folkestone remained in fear for his life. Bashir Khan Ahmadzai fled Afghanistan after his father, a police officer, was seized from the family home by Taliban troops who promised they would be back to take his son. He arrived here as a child, crammed into the back of a lorry with other scared and sick boys and men, and applied for asylum. Now the same British government that just weeks before had worked round the clock to rescue people from the clutches of the Taliban was continuing its long-running campaign to deport him.
No “patience and care and thought” was wasted on the 25-year-old’s case. He had done nothing wrong, the Home Office accepted; he just did not qualify to be a refugee. It was a Friday in mid-October. He was due in court on Monday. I wrote about Ahmadzai here three years ago, and have kept an eye out for him ever since. A lot of people do that, all of us worrying about what will happen to this skinny foal with big brown eyes. Even hard-headed, gavel-bashing judges describe him as “vulnerable”, while court documents list “complex speech, language and communication difficulties”. What would have happened had he lost, I asked people in Folkestone last week. His mate Hadi recounted how in the months leading up to the hearing Ahmadzai had stopped coming out, had not been sleeping, and had lost more and more weight. Support worker Bridget Chapman remembered sitting in on a psychiatric assessment conducted this summer for the court case. At one point the doctor asked if Ahmadzai had ever had any thoughts of hurting or killing himself. He replied: “I think about it every day”.

“His depression is now severe,” concluded the medical report. “I would suspect that the risk of his trying to end his life would increase significantly if he were returned to Afghanistan.”All this summer, as I wondered what would become of him, I had another question: what did his treatment say about the rest of us? These were the weeks when Westminster mourned the noble intentions with which it had 20 years earlier marched into Afghanistan; when newspaper pundits extolled the humanitarian work done after 9/11. Yet when Ahmadzai and I first met, in 2018, he had just been released from a detention centre where he’d been taken without warning and locked in a tiny cell. The small window was too high for him to see out of, but he could hear shouting and planes roaring overhead.
He said the staff had taunted him: “We are going to deport you.”