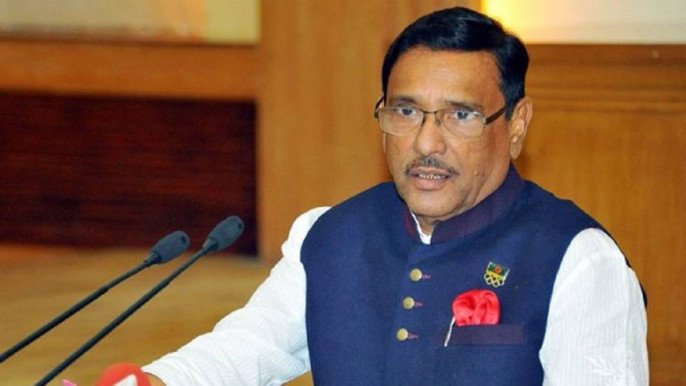 DOT Desk: Awami League General Secretary Obaidul Quader has said the Padma Bridge should have been named after the ruling party chief and Prime Minister Sheikh Hasina because it came true only because of her initiative and courage.
“You (Sheikh Hasina) did not want to take any credit for the Padma bridge but the entire nation knows that it would have been impossible to build one without the leadership of Sheikh Hasina,” he said addressing the Padma Bridge inauguration ceremony yesterday. “Any name written on a paper fades away with time. But once someone cements their place into the heart of millions, people remember them for eternity,” Obaidul said.
The Roads and Transport Minister noted that Prime Minister Sheikh Hasina has cemented her place into the heart of the Bangladeshi people by making the dream of Padma Bridge a reality, just like her father Bangabandhu Sheikh Mujib.
Highlighting Sheikh Hasina’s hard work to build the bridge, Quader said, “The Padma Bridge would still have remained a far-fetched dream due to a lack of funds if Sheikh Hasina had not intervened.”