There are obvious reasons why this might be bad, reasons of both time and space. Aggression, abuse and addiction: we need a social media detox 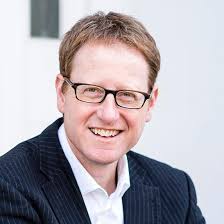 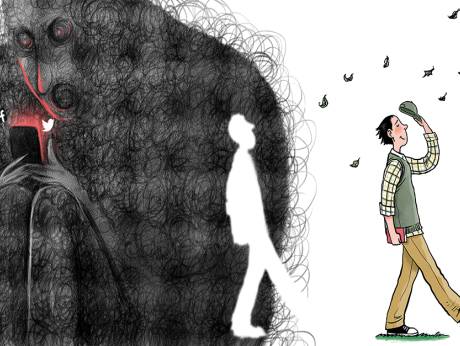 Facebook and Twitter are changing our behaviour for the worse. This summer, when the time comes to pack your bags for a vacation, make sure to take sunscreen, a few novels — but no Twitter.

It’s August, when the talk is of holidays looming or just gone — and yet the question I find myself asking is not where, but whether.
I’m less interested in where friends or colleagues are going than whether they will fully unplug. Will they stay off their phones and, specifically, off Twitter and Facebook?
I’m filled with admiration for the pal who stayed off the tweets a full month, only now gradually re-entering that realm, blinking into the darkness. That took some serious willpower. How funny to think that we once regarded the humble email device as addictive — the CrackBerry, we called it — when, in fact, those machines exerted a tiny pull next to the iron grip of social media on a smartphone. The BlackBerry was a post-dinner cigarette compared to the full smack habit that is hand-held Twitter.
How compulsive is it? Let me take you to a golden summer’s evening in Hyde Park, for last month’s farewell concert by Paul Simon. Most of the crowd were rapt, absorbing this swansong by a musical legend. But in front of me was a woman who, clearly enough of a Simon enthusiast to have bought an expensive ticket, nevertheless pulled out her phone every 20 or 30 seconds. Four or five times during each song. She was not using it to take photos of the performance. (I was close enough, and distracted enough, to see.) She was, instead, scrolling through social media updates, thumbing her way through observations about the news — including factoids about France’s World Cup victory that afternoon. Even when Simon closed with The Sound of Silence — a transcendent, transporting moment — she couldn’t help it: She reached for the phone. She needed one more fix.
Where there is anecdote, there is also data. On Thursday, Ofcom reported that the average Briton checks their smartphone every 12 minutes — which obviously means plenty are checking it much more often than that. Britons are spending an average of 24 hours online each week, with one in four clocking up 40 hours.
There are obvious reasons why this might be bad, reasons of both time and space. The time suckage is striking. I know myself how quickly an hour or more can disappear down a Twitter rabbit hole. (I’ve never done Facebook, but I confess to a Twitter problem: I still like the speed, range of stories and expertise I’d otherwise miss.) Think of all the conversations you could have had, the books you could have read, when instead you were going deep into some thread you’ll have forgotten seconds later. I recall the cartoon of the man who won’t go to bed, even when summoned by his partner. “I can’t, this is important,” he explains. What is it? “Someone is wrong on the internet.” But it’s also the view out of the train window that you never saw, because your head was down, staring at that glowing screen.
0.Still, that, frankly, is the least of the harm. The real problem is that “addiction makes people crazy”, to quote internet pioneer Jaron Lanier, author of a polemic published this summer: Ten Arguments for Deleting Your Social Media Accounts Right Now.Just look at how people who are otherwise sane and courteous behave online: The arguments, the sarcasm, the aggression, the abuse. Of course human beings have always been capable of fighting, but something strange happens on social media. For one thing, confrontation on the screen happens more often than it ever would in our daily lives. Put a device in people’s hands, and suddenly they’re on a hair-trigger — either giving or taking offence.One crucial factor is social media’s ability to stage a confrontation in public. Suddenly two individuals will be slugging it out in front of everyone else. If they’re famous, someone will post a gif of Michael Jackson munching popcorn. This has no counterpart in real, or pre-Twitter, life. In the past, TV might have hosted a bust-up between two antagonists. But the spontaneous, genuine row unfolding in real-time in front of a mass audience: That’s new.
And those exchanges often descend into the toxic.