Afghan warlord changes his conditions for peace with Kabul 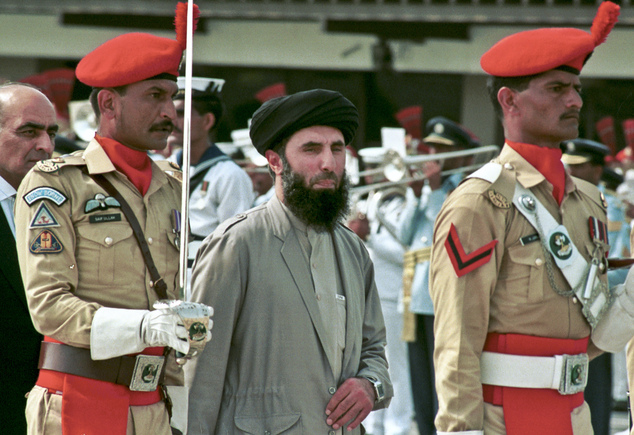 A notorious Afghan warlord who lives in hiding has dropped a key condition for ending his war of more than 40 years with Kabul, an associate said Tuesday.
According to Amin Karim, an official of the Hezb-i-Islami Party, the party’s leader, Gulbuddin Hekmatyar, is no longer demanding that all foreign troops leave Afghanistan. Hekmatyar is designated a “global terrorist” by the United States and blacklisted by the United Nations. He is widely believed to live in Pakistan, though his supporters say he is in Afghanistan. Last year, he briefly came out of the shadows to set his conditions for peace that included the withdrawal of foreign forces. Karim told The Associated Press that for Hekmatyar, the “departure of foreign troops is not a condition, it is a goal,” and added that the warlord’s followers “have no conditions, we have principles.” The move by Hekmatyar, whose current following is hard to gauge, is likely as much an overture to the government of President Ashraf Ghani as it is an attempt to stay relevant on the Afghan political scene. Hekmatyar has led an extreme life; his mujahedeen followers have been responsible for the deaths of thousands.