Act fast to straighten up the financial sector 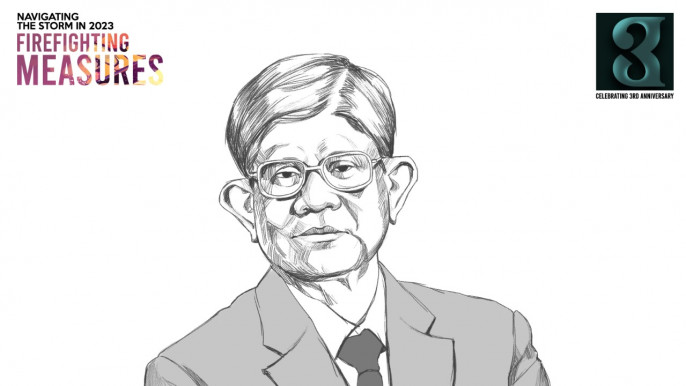 DOT Desk: Looking back on our achievements after 50 years of Bangladesh’s independence, we can say that the country has reached a satisfactory level in overall development indicators. But the main goal will be to move forward by consolidating what we have achieved and taking pragmatic actions, reports TBS.
Bangladesh is a small land. But a country with a large population. Many said it would not be a developing state. It can’t thrive, it’s a “bottomless basket”. Someone else said, a “test case of development”. That was in the context of that time. They could not judge the capabilities and aspirations of the people of Bangladesh. We have gone through many ups and downs to reach this stage.
Now we have stepped into the new year of 2023. In this context, let’s look at the year 2022. So far, we have dealt with the pandemic satisfactorily. The economy slowed down. By mid-2021, we overcame the slowdown and accelerated the economy. But after the start of the Russia-Ukraine war in February 2022, Bangladesh, like the whole world, has had a negative impact. So in 2022, we could not move forward satisfactorily because our risks were manifold.
The internal challenges were compounded by external challenges from the outside. For example, inflation soared, and foreign reserves were decreasing. There are problems with export. Remittances are not increasing much. Due to the war in Ukraine, the price of fuel has increased and the price of consumer goods has increased. These gave us a big jolt. In addition, internal factors in the country have increased the risks and challenges. For example, we have problems in the banking sector. There is a problem in the capital market.
There is a lack of discipline in the financial sector with corruption and money laundering. Lack of capacity to implement projects is also a problem. If we do not overcome these risks, it will become a big obstacle in the way of transition.
Our achievements are not unsatisfactory. There has been a transformation in the economy of Bangladesh. The agricultural sector, which once had a huge contribution, is now no more than 20-22%. Agriculture is the backbone of our economy; a lot of people depend on it. The rural economy has undergone a transformation. The rural economy is now not only dependent on crop production. There are duck, chicken, and fish farms.