A scientist in the public eye has taken her own life. This has to be a wake-up call 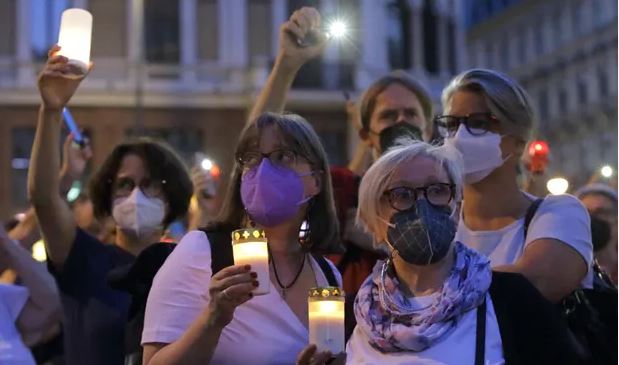 Lisa-Maria Kellermayr, an Austrian GP, was a doctor who dedicated her life to her patients and was vocal about the risks of Covid-19 on Twitter and in the media. She had endured months of death threats from Covid conspiracy theorists and anti-vaxxers. Colleagues expressed frustration with the lack of support she received for dealing with the daily abuse. Last month, Kellermayr took her own life.
When the news of Kellermayr’s death was shared among the medical community, the reaction was one of sadness but little surprise. During the pandemic, scientists have suffered huge amounts of abuse and blame while just trying to do their jobs. I suffered far less than many of my colleagues, but still got my share of online attacks during the pandemic. I was targeted in tweets, YouTube videos, blogs, viral Facebook posts and malicious revisions to my Wikipedia page. Someone pointed to a talk about global health I gave in 2018 as evidence that I had caused the Covid-19 pandemic as part of the “deep state”. The attacks came from all directions: anti-vaxxers, anti-maskers, conspiracy theorists, anti-Bill Gates, anti-Wellcome Trust, anti-medicine, anti-Scottish government, anti-Tory politicians, all muddled together in puzzling ways.
In the field of public health, academics spend their lifetimes researching problems, trying to find solutions that can save people’s lives and providing advice about how to stop people getting ill. Science is not about getting famous, but about building knowledge. The job involves teaching the next generation, doing research, hopefully getting robust results and sharing these with others in the discipline. Covid-19 suddenly put scientists in the spotlight. I don’t think anyone working in global public health expected the backlash they experienced during the pandemic. Those working in public health are usually the good guys.
In the face of a deadly virus that required an exceptional response, scientists became an easy scapegoat. Of course they are not responsible for the losses and collective trauma suffered during the pandemic. Even with the stringent measures that were put in place to delay the spread of Covid-19, the virus still caused more than 200,000 deaths in Britain and more than a million in the United States. In the UK, the crucial issue was always the collapse of the NHS. It’s easy to forget that healthcare services are limited until a loved one needs care. And it’s easy to blame GPs and doctors for waiting times without realising the long hours they work.
Many doctors, scientists and medical professionals have stepped back from the field because they decided that it’s not worth the personal cost. GPs, nurses and trained medical professionals are exhausted and burnt out, and an estimated 7,000 health workers are leaving the NHS every month. Scientists I have spoken with increasingly decline interviews about vaccines on TV and with newspapers because they are wary of the backlash they may receive from anti-vaxxers.
This has created a vacuum where expert communication should be. In its place, pseudo-celebrities are building major followings on platforms such as Twitter, where they’re spreading insidious rubbish, such as the myth that vaccinations involve micro-chipping individuals or that Covid-19 is part of a global hoax. This builds anger and resentment, but it does nothing to improve society or people’s wellbeing.
Unfortunately, many people now associate public health with restrictions and lockdowns. Infection disease management has always been about identifying what’s making someone ill, trying to figure out how transmission is happening, identifying measures to stop this before more people get ill and developing vaccinations and treatments. But in many people’s minds, because of the exceptional Covid-19 response, it’s now become synonymous with the shutdown of whole sectors, of stay-at-home orders and severe restrictions on mobility and individual freedoms.
Some people who abuse public health experts and scientists have faced consequences: one man who emailed death threats to White House Covid-19 adviser Tony Fauci was given a three-year prison sentence. This should be widely reported so it is a warning to others that there are real penalties for threatening people, either online or in real life. A partial solution could be found in banning anonymous online accounts. If people had to use their real name on social media, it’s hard to imagine they would feel so empowered in hurling abuse at scientists. This would also get rid of the flood of bots.

Institutional support for scientists is also essential, not just from employers but also from their colleagues. In cases where abuse becomes really serious, such as death threats and hate speech, scientists and health workers should feel able to go to the police. Those in the public eye should not be blamed for receiving abuse because they decided to go on television or tweeted something. If someone is bringing attention to an important issue and sharing information based on their expertise, this should be seen as a public service. And those individuals should be protected. As the case of Kellermayr shows, we need legal and structural change now to protect those trying to make a valuable contribution to society.