A rainforest once grew near the South Pole 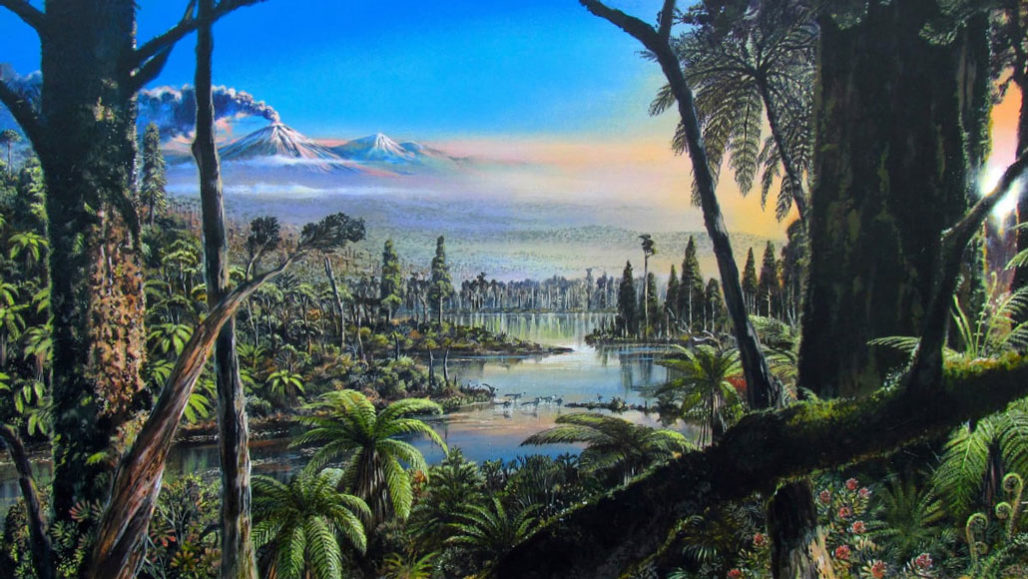 Science News For Students: [2] Once upon a time, a rainforest grew near the bottom of the world.
[3] To find remnants of it, researchers explored the seafloor near Antarctica. In buried sediment there, they found ancient pollen. They also turned up fossilized roots and chemical evidence of a diverse forest. These woods flourished less than a thousand kilometers from the South Pole. That’s only a little more than 600 miles. It’s roughly the distance from New York City to Knoxville, Tenn.
[4] The sediment offers a glimpse of what Earth was like in the distant past. It shows just how warm the planet was during the mid-Cretaceous Period. That was between 92 million and 83 million years ago. From buried traces of vegetation, the scientists reconstructed what the climate must have been like back then.
[5] Average annual temperatures in the forest would have been about 13° Celsius, or 55° Fahrenheit. Summertime temperatures could have reached 25 °C (77 °F). That’s quite warm compared to how frigid Antarctica is now.
[6] The team described its findings April 2 in Nature.
[6] The temperatures aren’t that big a surprise. The mid-Cretaceous was one of the warmest on Earth in the past 140 million years. That estimate is based on studying fossils and seafloor sediments collected closer to the equator. Carbon-dioxide levels in air back then were high. They were at least 1,000 parts per million.
(Today’s levels are lower average around 407 ppm. That’s the highest they’ve been at any time in the past 800,000 years.)
But ancient Antarctica wasn’t just warm. It was a forested. And for trees to thrive so far south, something else had to be going on. There had to be even more potent greenhouse-gas conditions. The air would have held more gases, such as carbon dioxide — far more than previously thought. Carbon-dioxide levels could have been between 1,120 and 1,680 ppm, says Johann Klages. He is a marine geologist who works at the Alfred Wegener Institute in Bremerhaven, Germany.

Just like now, he explains, the South Pole millions of years ago got little light — almost none for four months a year. Even so, Antarctica back then “could still have a temperate climate,” Klages says. “It shows us the extreme potency of carbon dioxide — what carbon dioxide can really do.” The gas made it possible for a forest to grow.