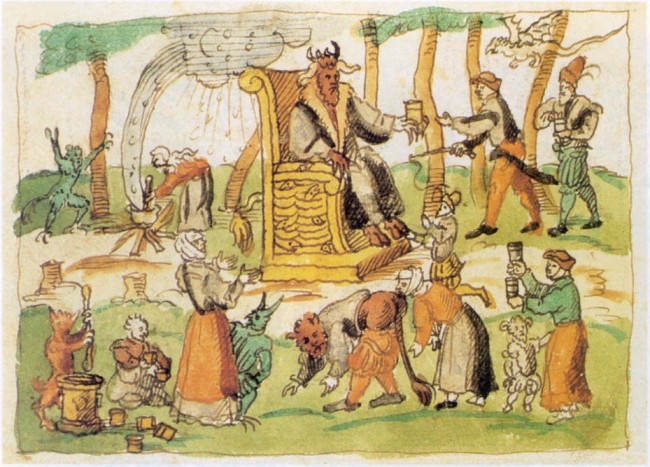 In the middle age of European society and in the age of Renaissance, there thrived a norm of doing a special kind of drug that is extracted from Rye Bread. That drug used to create hallucination in the subconscious human brain, and their activities included many creepy things. The drug is named as Ergot, which is a material of rye, when it was affected by fungal infestations. If that is consumed in higher doses can even cause death.
The aftermath of this drug into a group of people in European countries is, they started dancing in groups until they collide and is worn out collapsing. The psychedelic effect can be seen after extracting LSD from ergot in recent studies. This was a part of their witchery belief and custom.
During that time some herbs were considered to be ingredients of potions. Herbs like Mandragora officinarum was considered as healing potion named as Mandrake in the society of witchcrafts. Similarly there had been many other names such as, Deadly Nightshade, Jimson Weed etc. which were believed to be brewed by the witches.
The witches after brewing consumed those. This must be done in some rituals they named as Anoint Custom. This anoint custom had some relation between the Pagan norms and the brooms. The witchcraft was completely based on the belief in the Pagan lords and as a result, the custom involved broom in the scripture. The witches believe in something that can be carried under armpit and does have hair, as the potions are consumed through armpits and through genitals. This custom only resembles broom, which the witches believed a transport and a medium of flying, while they were hallucinated.
In this way, the broom became a medium of soaring in the air by the witches. The witchcraft and wizardy bears a prolongs a longtime influence of the very tradition.