‘4 robbers’ hurt in ‘gunfight’ with cops in Gazipur 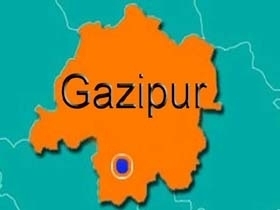 Four suspected robbers were injured in a reported gunfight with detectives during a robbery incident at a sweater factory at Kadda Islampur in the city early Friday.

A gang of robbers, numbering 15-16, entered the factory of ‘Ocean  Sweater Limited’ around 2:30 am with the help of Hasan Ali, a security gourd, and looted valuables, including cotton and yarn, from the factory,

Later the robbers took the valuables into a covered van and left the scene.

On information, a team of DB police intercepted the covered van and challenged the robbers.

Sensing danger, the robbers opened fire at police prompting them to fire back, triggering a gunfight that left four of the gang members injured.

Police arrested the injured four robbers while the others managed to flee the scene with the booty.

They are members of an inter-district robber gang and wanted in several cases, said police.