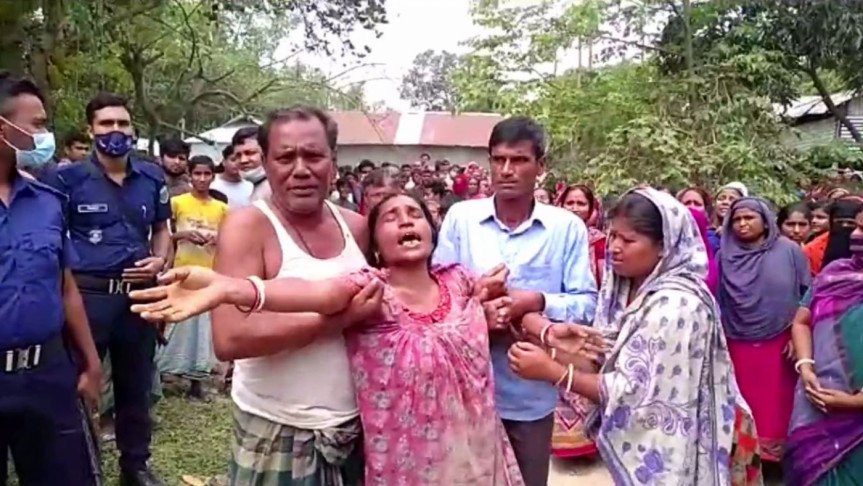 Imrul Hossain for DOT
[2] A 15-year-old girl was stabbed to death by her boyfriend at Belkuchi area in Sirajganj yesterday, report Jago News, NTV.The deceased was identified as Puja Sarker, daughter of Pabitra Sarker, a ninth grader.The boyfriend identified as Sanjay Sarker, 18, is on the run following the incident.The incident occurred at 9:30am at Sholakura village.[3] Golam Mostafa, Officer-in-Charge of Belkuchi police station said that the boy and the girl had an affair but some sort of misunderstanding grew between the two.[4] Meanwhile, the girl’s father decided to marry off her daughter elsewhere which enraged Sanjay.
[5] Yesterday, Puja was working in the courtyard. All of a sudden, Sanjay appeared and stabbed her in the back.
She succumbed to her injuries on the way to the hospital.Meanwhile, the youth also injured him with the same knife. The police recovered the body.