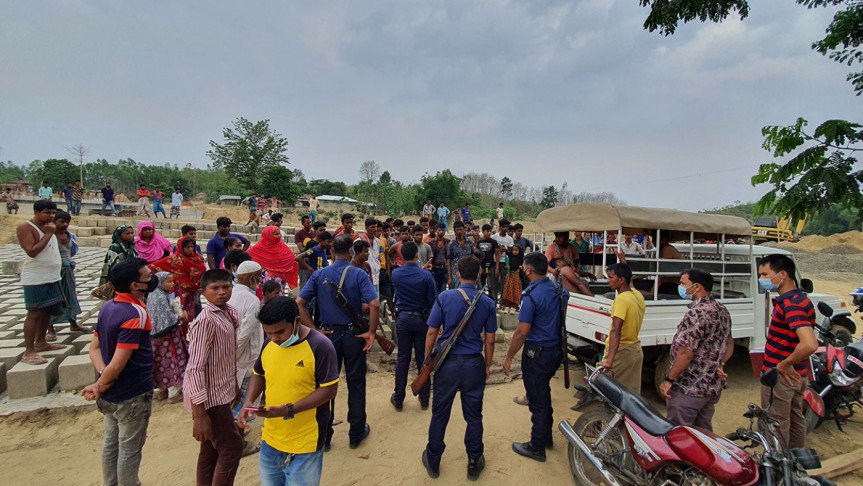 Imrul Hossain for DOT
[2] A violent clash broke out between the workers and the locals over the construction of a rubber dam in Bandarban which left at least nine people injured, reports NTV.Later, the police rushed to the spot and brought the situation under control.The incident occurred yesterday morning.[3] The injured were identified as project site manager Delwar Hossain, excavator driver Nur Hossain, Mahmudul Hossain, Sumon, Sultan, local farmer Md Yousuf, Shakil, Abu Taher and Shafi Alam.Four of the critically injured were rushed to the hospital.[4] According to the police and locals, tender was floated of a rubber dam project with an outlay of Tk 11 crore funded by Bangladesh Agricultural Development Corporation (BADC) at Sultanpur area under Sualak Union of the district.

Md MK and SE License jointly obtained the work. Meanwhile, the locals obstructed the construction of the rubber dam citing anomalies in the project.