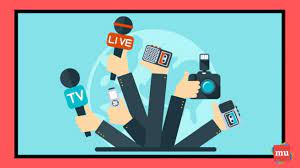 NDTV: [2] The media cannot be stopped from reporting any court hearing and “must report fully” what happens in court, the Supreme Court said yesterdayas the Election Commission complained about being “castigated without any evidence” when the Madras High Court last week remarked that the poll body should be “booked for murder” for not stopping political rallies in the Covid emergency
[3] “Something is observed in the larger public interest. The Election Commission should treat it as a bitter pill in the right spirit,” the judges said.
[4] The Election Commission last week approached the Supreme Court against what it called “blatantly disparaging remarks” by the Madras High Court over holding polls amid the deadly second wave of the COVID-19 pandemic.

The Madras High Court on April 26 said the Election Commission “should probably be booked for murder” for allowing crowded election campaigns and was “singularly responsible” for the current Covid spike. But these observations did not make it to the final order, which said “at no cost can counting become a catalyst for a further surge”.

The Election Commission’s petition before the Supreme Court says the remarks “dented the institution” and asks that the media be stopped from reporting observations. It also points at the role of the government, which is significant as the government has often shifted the responsibility of enforcing Covid safety rules to the election body.

“Without any opportunity (given) to the Election Commission or any reply being sought from officers responsible under the Disaster Management Act, we have been castigated,” the election body argued today.