Who should America give its surplus vaccines to? 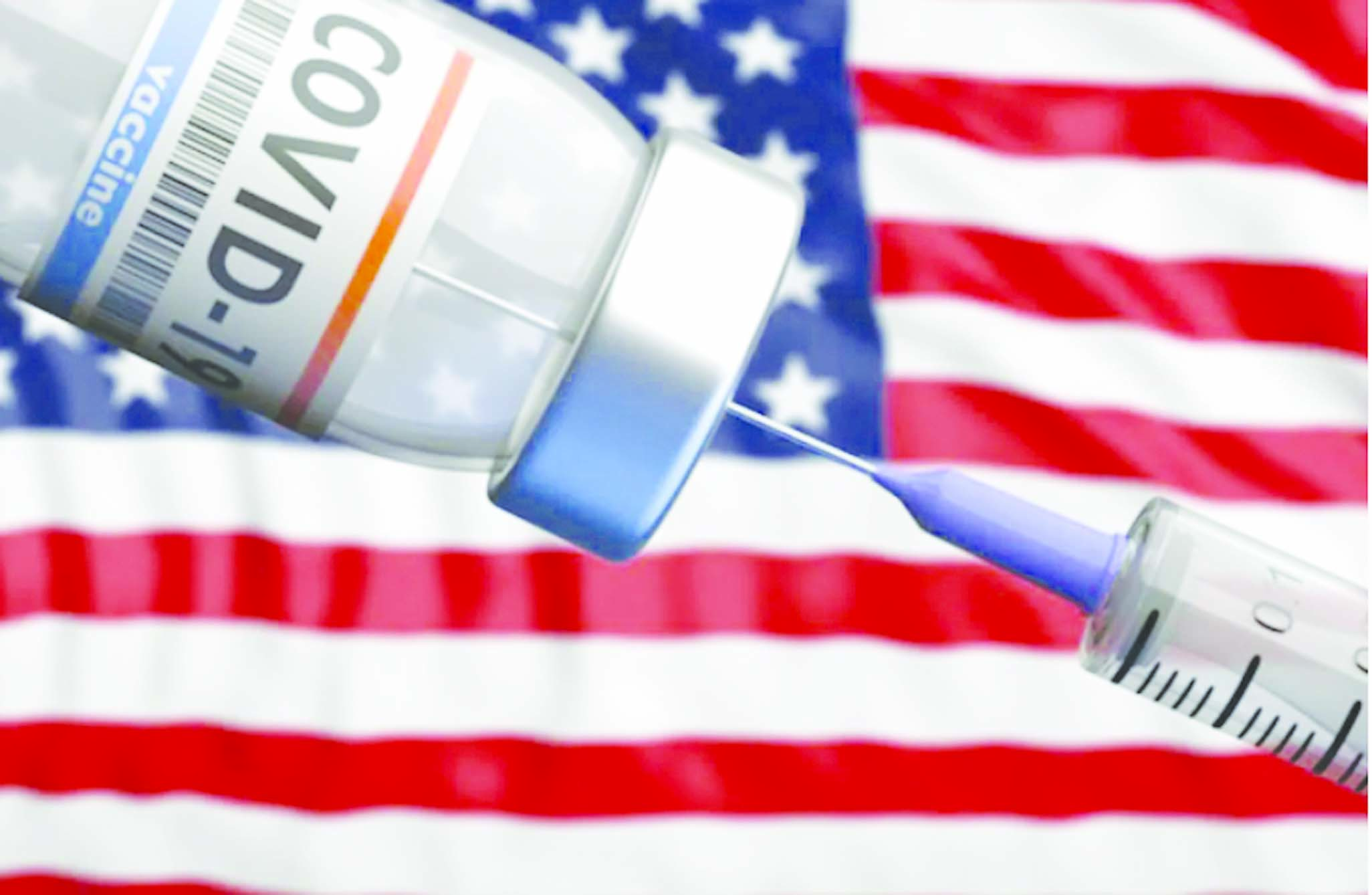 It’s that classic conundrum – the “good problem to have.” Well over a year into the pandemic, as Covid-19 continues its rampage across the globe and daily death tolls in nations such as Brazil and India soar to grim new records, the US suddenly finds itself in a fortunate position: It has a surplus of vaccines to gift to desperate or needy nations. That gift could go a long way toward restoring the hyperpower’s reputation in the Covid era, which suffered a massive hit last year from its inability to contain the virus. The decision, made public on Monday, to donate unused vaccines obviated criticism Washington had faced that it was hoarding vaccines. But vaccine fecundity creates a new dilemma for Washington as it weighs how to win friends and influence people on the global stage. White House Press Secretary Jen Psaki said the disbursement could begin within weeks. But she admitted that officials were still “working through what the process will look like” when it comes to sharing the doses.
So who should the bounty go to, and on what grounds?
Should it go to neighbors Canada and Mexico, which both lag behind the US in vaccinations, thereby helping secure America’s own borders?

Should it go to strategic partners, thereby firming up US alliances in the brand-new “Great Game” of vaccine diplomacy?
Should it go – purely on humanitarian grounds – to the most hard-hit nations, thereby burnishing Brand America?
Or should it simply be handed over to a fit-for-purpose international distribution agency such as COVAX, which is able to deploy it to the most under-resourced nations?
Heads are likely being scratched in the State Department and other agencies. Due to the unprecedented nature and scale of the Covid-19 pandemic, the diplomatic playbook offers few benchmarks.
The ‘Lady Bountiful’ issue
The US has now announced that it will donate 60 million shots of AstraZeneca vaccine, which have been produced in the US but not been approved for domestic use by the Food and Drug Agency, to the international community. The US is in the fortunate position of not needing the vaccines itself. Following a disastrous and deadly failure to contain the pandemic in 2020, Washington fast-tracked the development and approval of multiple vaccines, while de-risking their manufacture via pre-purchase agreements under the banner of “Operation Warp Speed.” It has proven spectacularly successful. The US, so recently a humiliated laggard in virus containment, has re-emerged as a confident leader in vaccination. However, the AstraZeneca vaccine the US is going to give away is not a best-of-breed product. Not only has it not won US regulatory approval, controversies hover over its application due to fears over possible side effects including rare blood-clotting and also over its inefficacy. South Africa has halted its use due to its ineffectiveness against the South African variant and Denmark has pulled it over safety concerns. Still, most health authorities, including those in the EU – which have shillied and shallied over the vaccine – have concluded that the risk of not administering it is greater than the risk of administering it, and are pressing ahead with its use. To read the full article please visit: https://asiatimes.com/2021/04/who-should-america-give-its-surplus-vaccines/

Other developed nations, including the UK and South Korea, largely overrode those concerns and continued using AstraZeneca at the center of their national vaccination programs. As a result, there is a global under-supply of AstraZeneca, as there is of all other vaccines at present.

Yet the fact that the US is donating to other countries something that it refuses to administer to its own citizens raises a certain ethical red flag.

“So the US sends the AZ out, and the picture is one of a wealthy country unloading its second-rate medical merchandise on poor countries and likely expecting gratitude in the form of diplomatic support,” said Dan Strickland, a retired US epidemiologist. “I have no idea if those in charge of the matter realize this ‘Lady Bountiful’ problem.”

Prioritizing proximity
The broader question is which countries – or organizations – should get the vaccines once bureaucratic hurdles have been overcome and the doses are cleared for shipment.

Joe Terwilliger, a professor of genetic statistics at Columbia University, argues that America should prioritize neighbors.

“We are separated from Europe and Asia by oceans, so we are much more protected from whatever happens there than we are from what happens in Mexico and Canada,” he said.

“Also, we would like to open the borders for trade and tourism as soon as we safely can. If we can help immunize the Canadians and the Mexicans, we would be better protected from what happens elsewhere if we continue to maintain (or increase) travel restrictions from other parts of the world.”

Terwilliger reckons his argument is exactly in synch with the primary mission statements of those employed on and around Capitol Hill. “It is definitely in our interests to have a greater North American vaccination bubble, for our own safety – which is ultimately the primary job of the US government,” he added.

A medical worker loads a syringe with the Moderna Covid-19 vaccine to be administered by nurses at a vaccination site at Kedren Community Health Center, in South Central Los Angeles, California, February 16, 2021. Photo: Apu Gomes/AFP
But with Washington engaged in hegemonic competition with Beijing and Moscow, there is another argument: Vaccine diplomacy should be deployed further afield as an element in America’s international strategy.

In its Q2 global forecast, “What next for vaccine diplomacy?” the Economist Intelligence Unit reports that Western players are lagging behind China and Russia.

“The EU, the US and the UK have so far mostly been absent from the vaccine diplomacy scene. This reflects intense political pressure in these countries to vaccinate their own population first. It also reflects the recent controversies over the UK-developed AstraZeneca vaccine, which was originally intended – and priced – as a crucial vaccine for emerging markets. Widespread hesitancy around this vaccine has left a gap for Russia and China to exploit.”

And exploit it they have.

“China and Russia have been sending millions of doses of coronavirus vaccines to (mostly) developing states in recent months,” the report continued. “Russia and China aim to establish themselves as reliable suppliers of vaccines, strengthen their global presence, and boost their bilateral relations with the many emerging countries where Western influence is declining.”

Though the Donald Trump administration was responsible for Operation Warp Speed, the Joe Biden administration is the beneficiary of the war chest of excess vaccines that is now available.

And – as witness the first overseas deployment of his key national security and foreign policy secretaries to East Asia, and the first foreign leader he received in Washington, Japanese Prime Minister Yoshihide Suga – Biden has signaled his administration’s pivot toward Asia.

Central to US strategy in Indo-Pacific is “The Quad.” The loose, nascent, China-facing union of Australia, India, Japan and the United States has stated its joint intention to engage in not only a strategic alliance, but also joint economic activities and vaccine action.

America’s vaccine diplomacy could put wheels under the Quad – which has been criticized by some experts for being strong on talk, weak on walk.

Moreover, a powerful humanitarian dynamic intersects with the strategic dynamic. Emergent US ally India is a Quad member – and is now suffering carnage as Covid-19 overwhelms hospitals and bodies are burned in the streets.

As India’s medical services are overrun and victims pile up, bodies are cremated in the streets. Photo: AFP
“I would have given priority to India not for strategic reasons — though that is important — but for the reason that is obvious,” said Dan Sneider, who lectures on East Asia at Stanford University. “An explosion of infection anywhere in the globe is a threat to all of us.”

Though Sneider is a high-profile commentator on US strategy in Indo-Pacific, he suggests Washington should divorce itself from such considerations and do the right thing.

“I don’t really think distribution of vaccines, if the US has excess, should be dictated by political relationships,” he said. “It is a public health issue.”

Terwilliger agrees – though he reckons that India, or heavily impacted Brazil, are the wrong locations for US public health.

“It would be more important for us to get North America and Western Europe vaccinated than Brazil or India, for the obvious reason that there is more movement of people between Western Europe and the US in normal times than Brazilians or Indians per capita,” he said.

“If the goal is to prevent the introduction of dangerous variants to the US, we should give vaccines to people most likely to visit the US and put us at risk.”

And he makes the point that vaccines are the wrong tool for India at present.

“It takes a month and a half to develop meaningful immunity, and they are in an acute crisis phase that won’t be impacted meaningfully by slight increases in their vaccinated population two months from now,” he said.

Dispatching America’s surplus vaccine to New Delhi now, the Columbia academic said, “would be like sending limited supplies of seeds and fertilizer to a country in the midst of a famine due to food shortages – rather than sending them to a place that is worried about a future famine.”

Recovering the American mojo
Jerome Kim, a Korean-American doctor and US Army veteran who heads the Seoul-based International Vaccine Institute, notes that even if the US deployed all its surplus vaccine to India, it would still be only enough to fully vaccinate 2% of the population in the country of 1.3 billion.

Therefore, it is critical to help New Delhi with test kits and other equipment – “lessons that, hopefully, the US has learned as a result of its own response to Covid,” Kim said.

Indeed, Biden spoke to Indian Prime Minister Narendra Modi last week, but according to reports, Modi did not request whole doses, instead reiterating a previous request for the US to release more raw materials to India’s own vaccine makers.

Despite the attention now being paid to the 60 million Astra Zeneca shots, Kim urged the US to thinker broader, deeper and further than vaccine diplomacy.

The AstraZeneca Covid-19 vaccine. Photo: AFP/Joel Saget
Washington must continue to ramp up production of all vaccines developed under Operation Warp Speed, he said, while using its global military and medical networks to add transparency to data from developing countries where large infections are suspected but unproven. Critically, that data needs to include the identification of new variants of the virus.

Next, he said, Washington should coordinate the creation of a contingency supply of vaccines in COVAX, the international distribution mechanism. The US could spearhead this effort by using current US excess, subsequently leading Western or Western-focused countries to do the same once their own needs are met.

If Washington could pull this off, he told Asia Times, it would “assert [US] leadership in the global health arena that was vacated previously.”