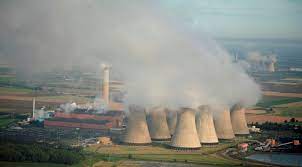 Shanhnaz Begum of DOT
[2] 1,320MW Rampal Thermal Power Plant, just north of the Sundarbans in the country. For this, about 1850 acres of land has been acquired. Scientists and activists have repeatedly voiced concerns that the plant could spell disaster for the world’s largest mangrove forest, reports bonikbarta.net.
[3] Experts have been worried about adverse reactions from the beginning. The environment here is deteriorating, with experts blaming the area’s massive industrialization over the past few years. [4] In just seven years, nearly three and a half thousand acres of land in Rampal have been filled with sand, according to two researchers at the University of Wageningen in the Netherlands. The areas that were covered with green in 2012 have turned into sandy gray land in 2019.
[5] Professor of Environmental Science Discipline of Khulna University Abdullah Harun Chowdhury said the damage done to nature as a result of the development project in Rampal will never come back.
[6] Concerned people said that the salinity of water in the area has increased to a terrible level in the last few years. At present it is difficult to find potable water.

[7[ Locals say there was a lot of vegetation before Rampal became a coal-fired power plant. There were paddy fields. There was green nature. After all, human life was easy. But now mechanics has entered the place. People’s life has become more difficult than before.