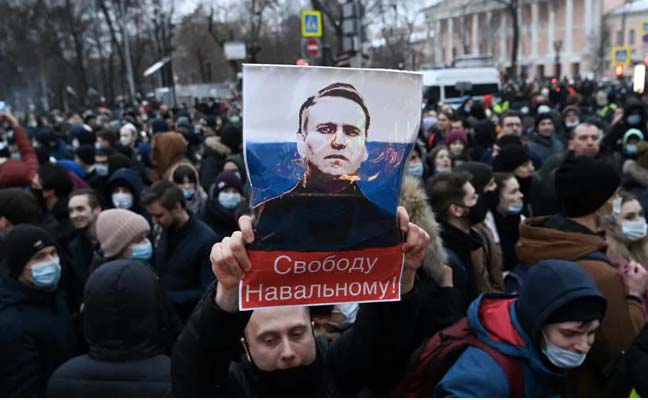 NDTV:[2] A Russian court yesterday imposed sweeping bans on jailed Kremlin critic Alexei Navalny’s Anti-Corruption Foundation (FBK), its director said, while it considers whether to designate the group an extremist organisation.[3] FBK director Ivan Zhdanov said on Twitter that the court had banned the group from posting content on the internet, using state media, organising protests, participating in elections and using bank deposits.[4] Earlier Tuesday the Moscow city court’s press service told reporters a judge had agreed to a “ban on certain activities” for the FBK without clarifying what they were as the case is being heard behind closed doors.
[5] Navalny’s organisations are facing an extremist label that would put them on par with the Islamic State group and Al-Qaeda, banning their activities in Russia.On Monday, the Moscow prosecutor’s office said it ordered Navalny’s nationwide network of regional offices to stop working while the court decided on the request for the designation.

The regional offices said they would stop their operations immediately to protect their employees and supporters.

The FBK routinely releases investigations into alleged graft by officials at all levels of government, often accompanied by YouTube videos.

The 44-year-old opposition figure was arrested in January after returning to Russia from Germany, where he had spent months recovering from a poisoning attack he blames on President Vladimir Putin.