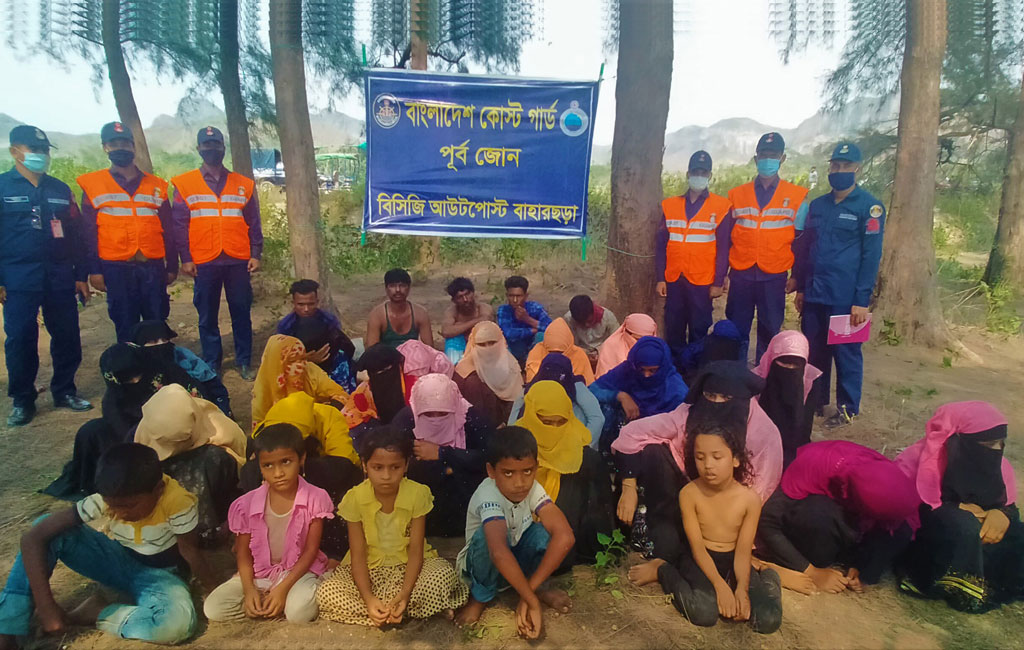 Imrul Hossain for DOT
[2] Bangladesh Coast Guard rescued 30 Rohingyas including children from the Bay adrift on a broken-down boat, reports banglanews24.com.The rescued include 20 women, five men and five children.
[3] Lt Com Amirul Haque, spokesperson of Bangladesh Coast Guard Headquarters confirmed the matter.
[4] The rescued Rohingyas set out for Malaysia on a boat from Borodel Jetty of Baharchhara Marine Drive of Cox’s Bazar on April 23.
[5] On April 25, they were attacked by the pirates and the pirates took away their valuables and made the boat dysfunctional.

Later, the boat was drifting in the sea.

[6] Based on such information, a team of Bangladesh Coast Guard rushed to the spot and rescued the Rohingyas alive.