Modi govt has made a mockery of Covid crisis, high time it gets serious about real solutions 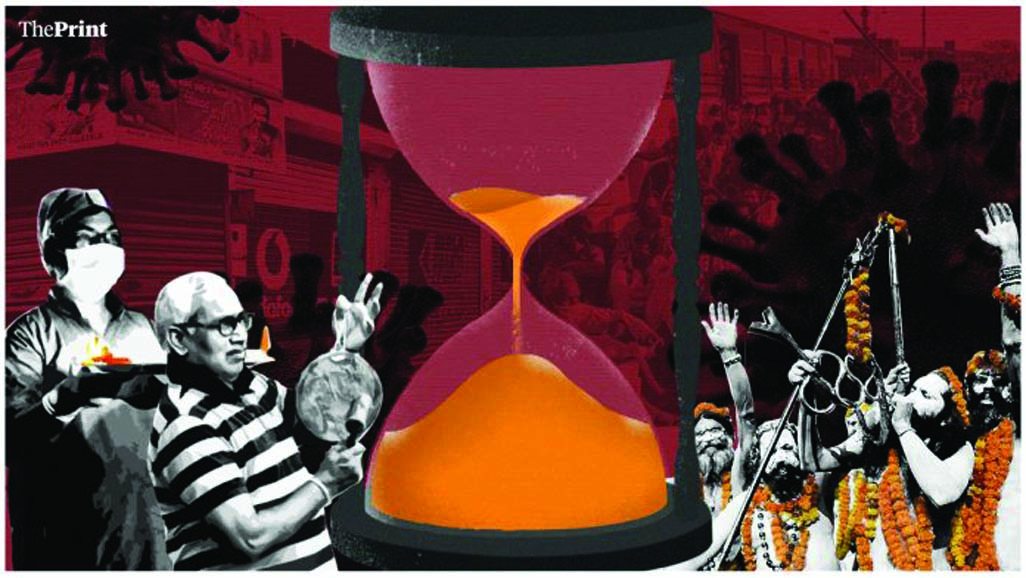 At this time last year, the health ministry spokesman was tracking the progress of the “doubling” rate — the number of days it took for the daily tally of cases to double. The rate tracked a flattening of the curve of new cases, the peak being just under 1,00,000 in September, before it fell to barely 10,000. Other countries saw second and third waves of infection, but India shifted into triumphalist mode. Now consider the present doubling rate: Eight days to double from 20,000 to 40,000, 14 days to re-double to 80,000, and then 10 days to double yet again to 1,60,000. A fourth doubling seems on its way. With hospital beds, ventilators, and oxygen already in short supply, the future looks scary. What if, god forbid, the doubling rate remains broadly unchanged, and we get to something like 6,00,000 cases daily by mid-May? Apart from setting an ignominious world record, system overload would be guaranteed. Nothing that the country has faced so far in the history of this terrible pandemic will compare with what it might confront in such a scenario. Lockdowns will almost certainly become frequent and widespread. Some lessons learnt from the experience of last year’s no-notice lockdown (done nationwide, when relatively few districts had reported Covid cases) may help avoid catastrophic outcomes this time round, if governments and employers credibly assure workers of sustenance at their places of work/residence. Since all employers will not have the capacity to do this, transport must be provided to help those who wish to return home to their villages. Civil society and volunteers should be encouraged to chip in. Ideally, this should be done before expanding the lockdowns, but time is short. Fending off growing criticism, the government has moved belatedly to increase the supply of vaccines, but there has been no public response as yet to a vaccine manufacturer’s call for financial help to increase supply (which governments in other countries have given). Price control on vaccines has to be lifted, or prices renegotiated; it has to be worth the vaccine manufacturer’s while to produce more, and non-remunerative prices are counter-productive. Whatever is done now on this front, vaccination will not happen fast enough to stop this second pandemic surge mid-track. So, medicare capacity has to be increased at warp speed. It has been done before, here and elsewhere; it needs to be done again, raised by an order of magnitude.
The assumption of a smooth economic recovery is now in question as production chains get disrupted again. Many companies and business sectors already suffer from “morbidities”, and a fresh setback could push many over the brink. The financial help, credit support and other measures announced last year will have to be repeated if the damage is not to become permanent, and constrain the eventual recovery. The consumption support that has so far been niggardly will have to be stepped up — it is not just companies that need help, people also do. There may be no escape from increasing this year’s fiscal deficit, and level of public debt. These will be part of the price for mismanagement f the crisis. Damage to school education, to literacy and even enrolment, seems inescapable — as surveys have shown. But every effort should be made to prevent students from losing an academic year. Board exams cannot possibly be held till the pandemic abates, perhaps in the late summer. Subsequent academic sessions will have to be crunched, and holidays shortened. On all these fronts, the government has to focus on real solutions, not make a mockery of the crisis through “vaccine festivals” that produce a drop in the rate of vaccination. State government fudging of fatality numbers has to stop; the scale of the crisis has to be understood if it is to be properly tackled. We have seen too many instances of this “event management” mindset: Banging utensils from balconies, switching off lights, and burning candles for nine minutes at 9 pm, showering flower petals on hospitals from hovering helicopters, and so on. Meanwhile, containing infections at mass events like the Kumbh mela and election rallies has been entrusted to the gods. The hour is late, let’s get serious.