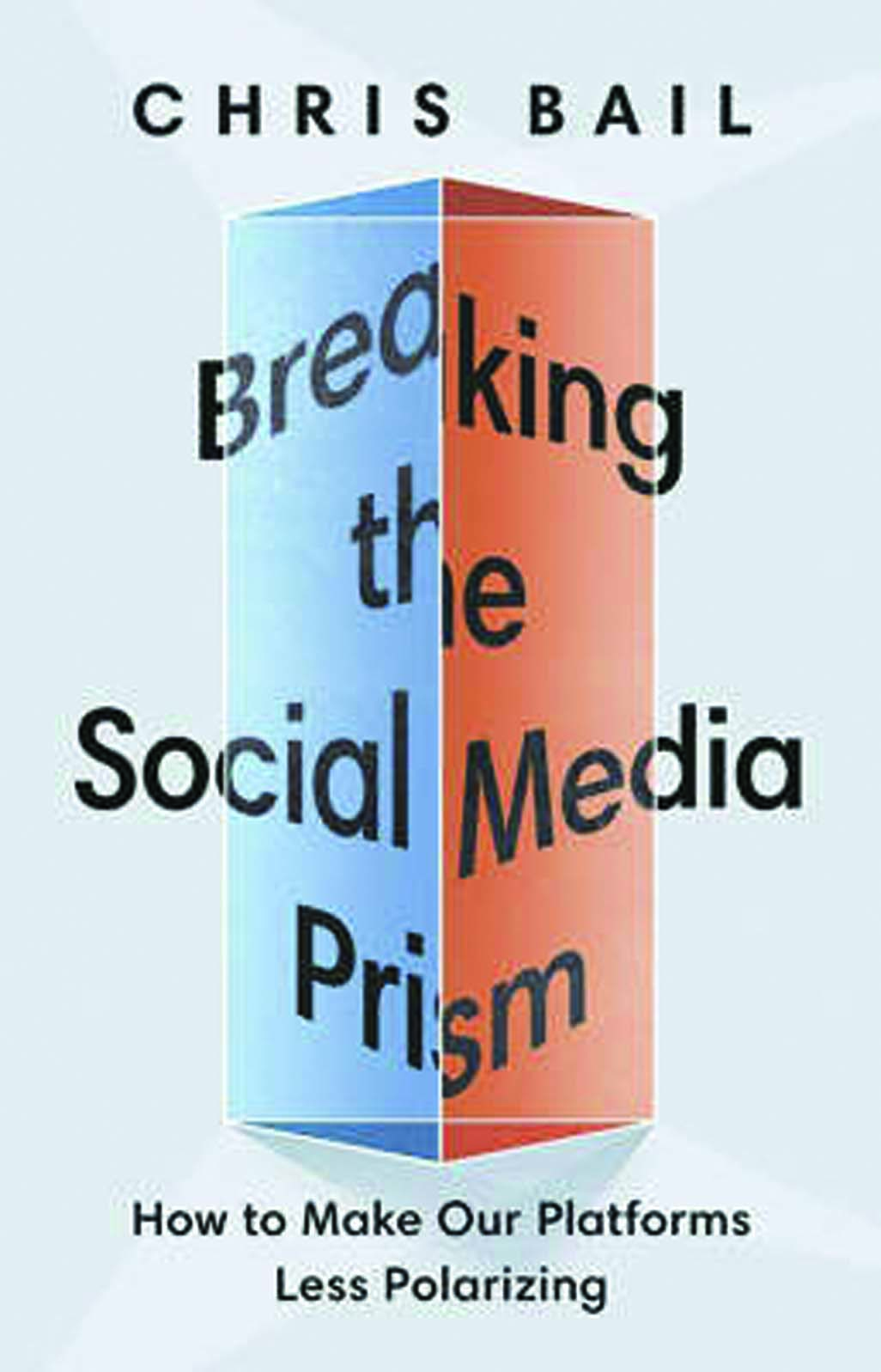 Everyone knows that social media make us more divided. Online, able to choose which views we encounter, we separate into tribes and become more extreme. Democrats know it. Republicans know it. Independents know it. It is a rare point of agreement in a nation that barely seems to agree on anything. But is it true? The answer is not so simple. Faced with online vitriol that feels as though it is getting worse all the time, we look for someone to blame and settle, conveniently, on the people we already dislike: social media barons. There is, of course, plenty of reason to criticize Silicon Valley’s monopolists. But their problems are not completely of their own making. Social media are bad in large part because their users make them that way. In Breaking the Social Media Prism, Duke University sociologist Chris Bail takes an in-depth, data-driven look at how platforms such as Facebook and Twitter shape, and are shaped by, our political behavior. While he identifies some problems in the ways social media networks operate, he finds no obvious connection between their algorithms and our desire to insult one another viciously and publicly. Social media make bad behavior easier, but the impulse to act out was already there.
One myth that Bail’s research punctures is that social media, by allowing us to isolate ourselves within “bubbles” of like-minded partisans, make us more partisan. People become more entrenched in their positions, the thinking goes, by blinding themselves to opposing views. In fact, the truth is the opposite. Bail and his colleagues conducted an experiment in which they exposed conservatives and liberals to tweets from users of the opposing ideology. The researchers assumed that this would make them more moderate by forcing them to consider the other side of an issue. But the users who saw tweets that contradicted their worldviews became more, not less, extreme. This, Bail says, is because our political positions are tied up with our sense of self. When we read an opposing viewpoint, we see it not as an invitation to introspection but as an attack on our identity. Bail and his colleagues found that in addition to making our original views more extreme, interacting with our political opponents online also strengthens our sense of partisan identity, leading us to adopt opinions on issues we had not considered before. For instance, people who are primarily motivated by their thoughts about immigration might not start out with strong views on the filibuster or the capital gains tax. But by becoming online partisans, they develop opinions on these topics to match those of their social media tribe.
Bail delves into the politics of some of his study’s subjects and finds a bifurcation familiar to many of us who are, or know someone who is, “extremely online.” People who acted normal in real life turned from Jekyll to Hyde once they donned their internet personas. One man, whom Bail described as “one of the most polite and deferential people we interviewed,” spent his time online replying to ideological enemies on Twitter with scatological and pornographic memes so vile that it made the author “wish I’d chosen another kind of book to write.”

While extremists thrive on social media, centrists feel pushed away. They are confronted with two options, far Left and far Right, both of them intolerant, nasty, and loud. Rather than choose a side, they tend to drop out, either leaving social media altogether or reducing their activity. Even partisans have their senses of reality distorted. Seeing only the most extreme version of the other side, they vastly overestimate the ideological distance between liberals and conservatives. In real life, people from different parties find common ground all the time. But online, agreement with the other side is heresy.

The result is that the political world we see on social media is essentially fake, a twisted mirror of the real one. And this disconnect between social media and real life has only grown more extreme over the past year. Events that should have drawn us together, such as the coronavirus pandemic, actually made things worse because our solutions, including lockdowns and social distancing, pushed us farther apart physically than we have ever been. For many people, social media interactions were the only ones left. As the real world locked down, we logged on and got mad.

Politicians have started to copy the language of their most rabid online supporters. If they truly believed their opponents were as bad as they say they are, no compromise would be possible. But it’s all a show — fake words for a fake world. When then-presidential candidate Kamala Harris called Joe Biden a segregationist in a debate but then joins his ticket a few months later, offline people scratch their heads. But to online people, Harris’s explanation, that “it was a debate,” is familiar and acceptable. She was just doing onstage what millions do online: performing.

In A Time To Build, Yuval Levin described a shift from institutions that are formative to those that are performative. That is, where organizations once helped instruct people in how to become better versions of themselves and work toward some sort of community goal, modern organizations tend to be mere performance spaces, realms in which people can show off some version of themselves that already exists, without even the thought of self-improvement.

The social media atmosphere Bail describes here, if it can be called an institution at all, is one full of the shallowest and loudest performances. That shouldn’t come as a surprise. Facebook, he notes, began as a “sophomoric tool that Harvard undergraduates used to rate each other’s physical attractiveness.” Twitter, Instagram, and TikTok all had similarly pedestrian beginnings and were modified on the fly to become revenue-generating advertisement machines. Social media were not intended to bring us together, so why should we expect them to?

Bail proposes a new type of social media, one purposely designed to build community and provoke thoughtful discussion, with nonpartisan moderation aimed at reducing incivility. Such a platform, he acknowledges, would not suit everyone’s fancy (trolls want to troll), nor would it be cheap. For-profit social media are fueled by ads and rage. Bail’s ideal online community would require big money, especially if it would be paying people to moderate content. Where would that money come from?

Bail writes that it’s “not too late for existing social media platforms to adopt” the principles he outlines, but it probably is. Facebook and Twitter might have chosen to organize themselves differently back when they were the personal property of Mark Zuckerberg and Jack Dorsey. Today, however, they’re publicly traded companies obligated to maximize shareholder value. Any chance at achieving some higher purpose will be lost in the pursuit of ad revenue.

But even if these companies really were idealistic, there may not be a fix for social media. As real institutions fade away, replaced with distant government and online simulacra, we begin to see a troubling truth: It’s not our social media platforms that are broken — it’s us.