What is the purpose of having laws without due implementation? 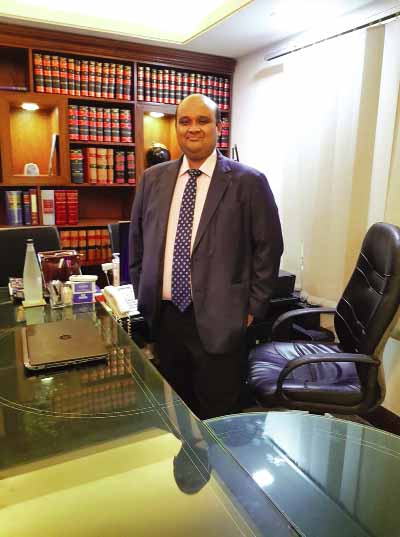 Barrister Al Amin Rahman writes for DOT
Violence against Women is a widespread and dangerous phenomenon in Bangladesh. It remains a main social problem in contemporary Bangladesh. Inhuman attacks on women have become common and widespread across the country. The rate of reported violent acts against women has risen steadily and at an alarming rate.
Among all the violence against women and girls that our country has been facing, a social menace called eve teasing is resulting into several suicides by the victim girls, killing of their relatives or other people who try to protect the victims from any attempt by the perpetrators of such menace. The sordid incidents of so called “eve teasing” have been taking place with numerous frequency all over the country including the streets, homes, neighbourhood areas, transports, different stations, cinema halls, amusement parks, schools, colleges, universities, working places and other public places usually frequented by women and girls. In the wake of such horrific situation putting the country on the edge of precipice, a public spirited and reputed non-governmental organization, namely Bangladesh National Women Lawyers Association (BNWLA), represented by its executive director Advocate Salma Ali, approached to the High Court seeking some directives/guidelines as, according to them, the government has failed to contain the situation in the case, in the case Bangladesh National Women Lawyers Association (BNWLA), represented by Salma Ali, Executive Director of BNWLA
Vs. Government of Bangladesh, represented by the Cabinet Secretary of Cabinet Division and Others . The court issued in this case the following four interim directions in this case:
i) the Inspector General of Police (IGP) was directed to take immediate steps to apprehend all stalkers/eve-teasers who physically, psychologically, emotionally or sexually abuse or harass women and children, in particular those against whom any allegation is made of harassing/stalking girls and women in any place including at their homes, in the streets, work places and other public places,
ii) All the Deputy Commissioners were directed to be instructed throughout the country and all Upazilla Nirbahi Officers to be on high alert and to deal with this particular menace of stalking/eve-teasing and sexual harassment separately and independently of any other crime and to take appropriate and immediate action against the alleged offenders;
iii) the Secretary, Ministry of Home Affairs and the Inspector General of Police were directed to take immediate steps to direct the Superintendent of Police of every District as well as the officer-in-Charge of the Police Stations to take appropriate and immediate steps for providing protection to the family members as well as the civil society who come forward to assist in the event of any eve teasing, to ensure that no harm may come to them through any reaction by the stalkers/eve teasers;
iv) The media, including the electronic media, namely radio and television, to be instructed to broadcast the seriousness of the menace of eve-teasing and stalking and also to notify the severe consequence that may be brought upon the perpetrators. The NGOs and civil society were to be instructed in order to make the general public aware of the menace which now besieges us. The community must also be told how best to protect themselves.
Among the directives, the High Court also asked the government to include stalking as a sexual offence in the Women and Children Repression Act, set up separate cells at every police station across the country to monitor and deal with stalking cases. The court also said that its directives will be considered as law, and mobile courts will deal with incidents of stalking until the government enacts a fresh law or amend the relevant law to stop the crime.
According to the Daily Bhorer Kagoj report, dated 25.10.2010, the suicide from eve-teasing/stalking drew attention in 2001 when Simi, a fine-arts student, chose to take her own life in protest of teasing in Khilgaon, Dhaka. It further reported that according to the rights’ organizations 16 (sixteen) girls had committed suicide as a result of such teasing/stalking in the first five months of 2010.
Now in the year 2018, despite having these directives from the High Court and laws that have been enacted to prevent violence against girls and women, school girls continue to be stalked and attacked on a regular basis all over the country. It may imply that none of these directives have been taken into account sincerely, leaving young girls susceptible to the whims of these psychopaths.
Four days back on 10 December, a schoolgirl was hacked critically by some local stalkers at Jafarganj in Shivalaya upazila. Victim’s father said some local stalkers swooped on his daughter with sharp weapons while she was returning home after private tuition around 4:30 pm, leaving her critically injured. Locals took her to Shivalaya upazila health complex from where she was transferred to Manikganj Sadar Hospital as her condition deteriorated. Stalkers hacked Lucky’s face and back indiscriminately leaving her with deep injuries, the father added. Having a daughter has made me sensitive on these issues more than ever. So what makes us not to implement the directives of the court for preventing this crime? If they are not duly implemented then what is the purpose of having them issued by the court?
Author is an Advocate of Bangladesh Supreme Court and partner at FM Associates, Bangladesh. Email: [email protected]