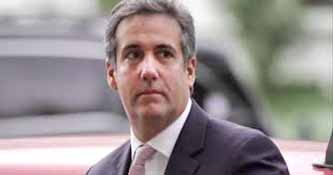 Abrar Hussain of DOT
Former personal lawyer for US President Donald Trump, Michael Cohen, was sentenced to a total of three years in prison on Wednesday for his role in making illegal hush-money payments to women to help Trump’s 2016 election campaign and lying to Congress about a proposed Trump Tower project in Russia. US District Judge William Pauley in Manhattan sentenced Cohen to three years for the payments, which violated campaign finance law, and to two months for the false statements to Congress. The two terms will run concurrently.
Judge Pauley said Cohen’s cooperation with prosecutors “does not wipe the slate clean” of his crimes. He also said that Cohen “appears to have lost his moral compass” and that lawyer “should have known better”.
Cohen pleaded guilty in August to charges by federal prosecutors in New York that, just before the election, he paid adult film actress Stormy Daniels $130,000 and helped arrange a $150,000 payment to former Playboy model Karen McDougal so the women would keep quiet about their past relationships with President Donald Trump, who is married.
Trump denies having the affairs.
Cohen also admitted to unrelated charges of tax evasion and making false statements to banks.
-Source: Al Jazeera