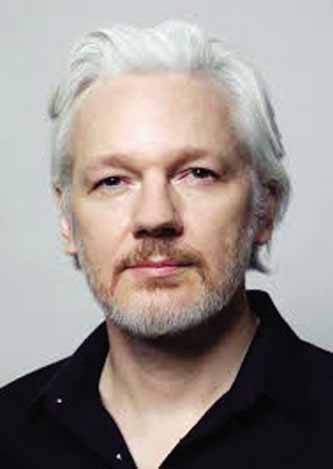 Abrar Hussain of DOT
Julian Assange has accused his Ecuadorean hosts of spying and feeding information to US authorities, and termed the attempts to block his journalistic work as a more subtle way of silencing than the murder of Jamal Khashoggi. Suggesting there were “facts of espionage” inside the embassy, the WikiLeaks co-founder expressed concern during a hearing in Quito on Wednesday, alleging that Ecuadorean intelligence is not only spying on him, but sharing the data it has harvested with the FBI. He added that Ecuadorean intelligence spent a sizable amount of money equipping the embassy for surveillance.
He also accused Ecuadorean authorities of “comments of a threatening nature” relating to his journalistic work and compared attempts to silence him to the murder of Washington Post columnist Jamal Khashoggi, who was tortured and cut up in the Saudi embassy in Istanbul in October.
The comparison brought out a harsh reaction from Ecuadorean Prosecutor General Inigo Salvador, who accused Assange of biting the hand that feeds him.
Assange told the Ecuadorean court that the living conditions in the embassy were so detrimental to his health that they may put him in the hospital – and suggested that may be the point, because once he leaves the building, he’s fair game for UK and US authorities.
US prosecutors accidentally revealed the existence of a sealed indictment against the whistleblower last month and have since stonewalled reporters’ inquiries into what the indictment might contain.
-Source: Russia Today