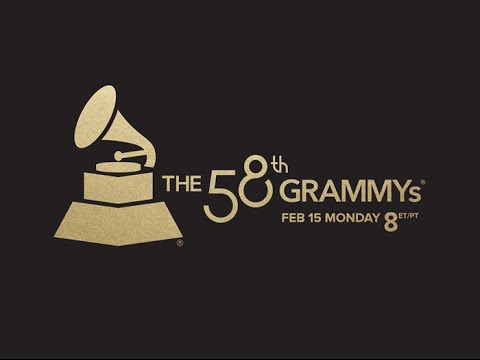 That time of the year has come around again, the time for music lovers to unite and gather around their television sets with their music players and snacks as they’re about to spectate the year’s biggest night in music, The Grammy Awards Ceremony, held annually.
Every year an award ceremony is held usually around the beginning of the year with many memorable performances and awards for many categories given out all within the enormous music industry. It is a time when various well known artists (musically) are rewarded for all their hard work for the sake of entertainment. This ceremony also helps lesser known artists to obtain a chance to rise up and achieve the spotlight among great names in the music industry. This award show has always been a blast and helped many smaller artists to rise up. The ceremony last year was hosted by the hilarious rapper/actor L.L. Cool J. and just as last year he had returned to the Grammy’s stage this year as well. This year many unforgettable performances had taken place, one performance or tribute that will stay in our hearts for quite a while was the spectacularly done tribute by the magnificent Lady Gaga for the recently deceased music legend, David Bowie. Well-known artist Justin Bieber had won his first Grammy this year for ‘Where Are U Now’ where he had worked in collaboration with Skrillex and Diplo. Ed Sheeran and Taylor Swift winning two awards each including the two most esteemed award of the Grammy’s ‘Album of the Year’ for Taylor Swift’s ‘1989’ album and Ed Sheeran’s mega-hit single ‘Thinking Out Loud’ for ‘Song of the Year’. Along with Taylor Swift and Ed Sheeran; Skrillex and Diplo, Little Big Town, Alabama Shakes and Chris Stapleton had also won two awards each. Kendrick Lamar had won an impressive four Grammy’s in one night. Artists such as Taylor Swift, Pitbull, Kendrick Lamar, Lady Gaga, Demi Lovato, Ellie Goulding, Carrie Underwood and many more had done stunning performances this year. The most infamous of these performances was Adele’s performance of her own song ‘All I Ask’. This performance experienced some audio issues and technical difficulties, which had been so “humiliating” for Adele that she hadn’t even attended the post-Grammy’s party hosted by rapper Tyga afterwards the ceremony. Another occurrence at the after party of the Grammy’s had been how Paul McCartney, the former Beatle and music idol as well as Beck, the recently emerged music artist hadn’t been allowed to enter the party. Paul McCartney had stated, “How VIP do we gotta get?” after denied entry which stirred up little controversy.
This year’s Grammy Awards was very stunning. With so many beautiful performances and so many artists winning so many awards and more importantly a night so many fans of the music industry were sure not to forget in a long time, The Grammy’s are the biggest night of the year in music.