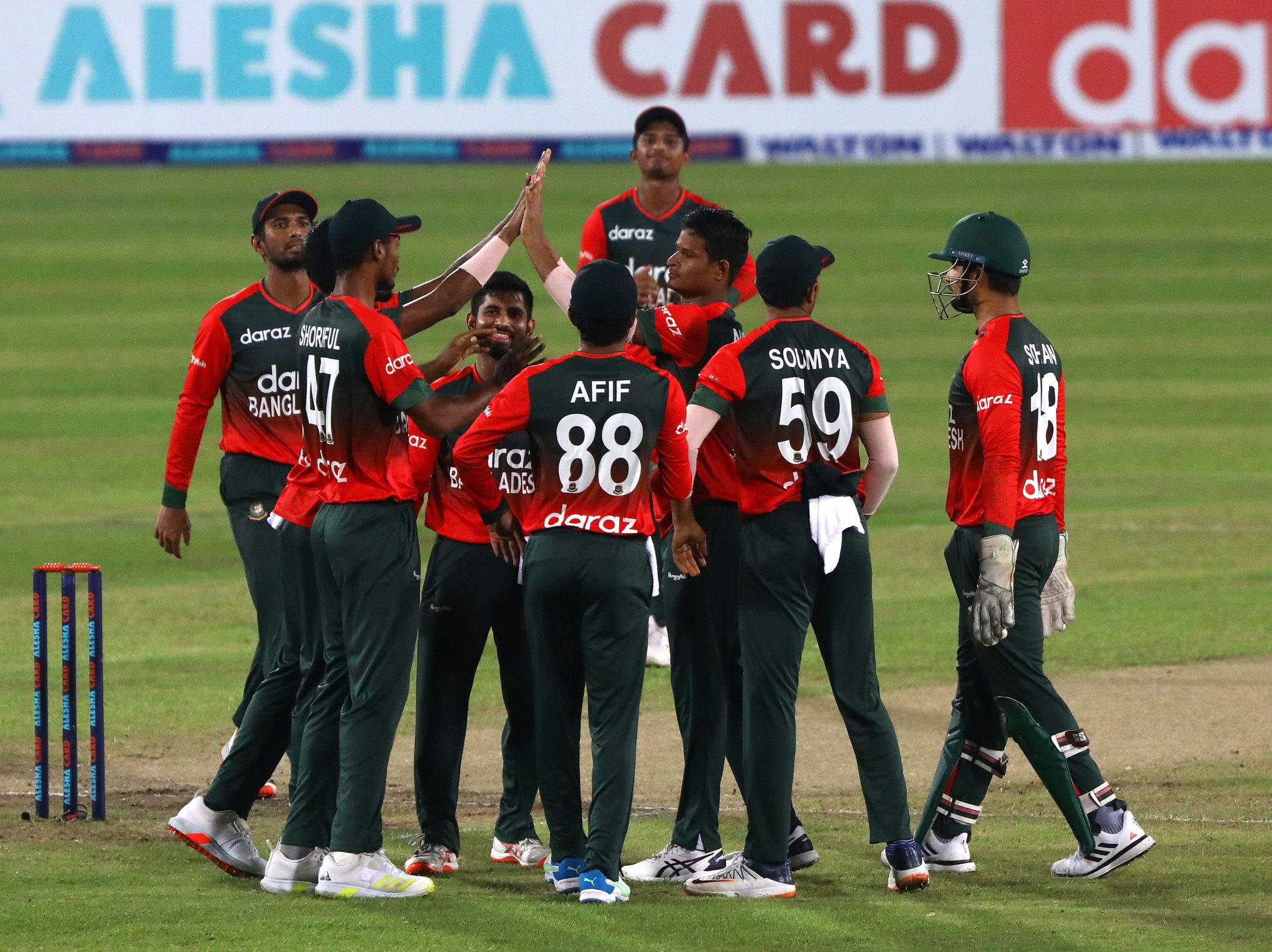 DOT Desk: [2] Both Sri Lanka and Bangladesh had to go through the first-round group stage to secure their places in the Super 12s. While Sri Lanka topped Group A with three wins out of as many games, Bangladesh finished second in Group B behind Scotland, reports Outlook, India.

[3] Sri Lanka defeated Namibia by seven wickets, before beating Ireland by 70 runs. In their last qualifying match against Netherlands, they skittled out the opposition for 44 and then accumulated the runs with eight wickets in hand.
[4] Bangladesh, on the other hand, were far from impressive. The Tigers were stunned by Scotland by six runs in their opener before they scrapped past Oman by 26 runs and then defeated Papua New Guinea by 84 runs to qualify for the Super 12s.