[1]Won’t be able to live in Bangladesh if I mention their names: Tahsan 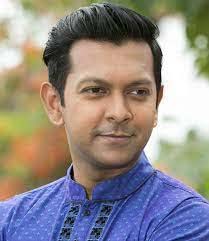 Shahnaz Begum of DOT
[2] Popular singer and actor Tahsan Khan said this while talking about a case filed against him by a customer of e-commerce platform Evaly. “I can’t mention the names for which I got involved with Evaly, he said. The musician is currently in Dallas, USA. From there, Tahsan told the media on his mobile phone, reports Prothom Alo.

[3] Actors Tahsan Rahman Khan, Rafiat Rashid Mithila and Sabnam Faria could be arrested at any time in a fraudulence case filed against them by a customer of e-commerce platform, Evaly. Deputy commissioner of Dhaka Metropolitan Police’s Ramna division, Sazzadur Rahman told this to newspersons at his office on Friday, Reports Daily Jugantor.

[4] Ali Riaz, a political analyst and professor at Illinois State University in the United States said, for a long time, human rights groups have been talking to the US administration about such allegations against the RAB.

[5] Analyst Ali Riaz says one of them is administrative. In other words, the assistance that RAB received as an organization or was involved in various activities or received assistance from abroad may be canceled due to the ban.

[6] Evali’s customer Saad Saam Rahman filed the case on December 4 at Dhanmondi police station in the capital. The matter was announced on Thursday night. Sajjadur Rahman said this in response to a question from reporters at his office on Friday afternoon.

[7] Tahsan further said, “I’m not an expert that this certain company will become bankrupt. They even told me three more names, I can’t tell those to you. Maybe then I will not even be able to live in Bangladesh.”