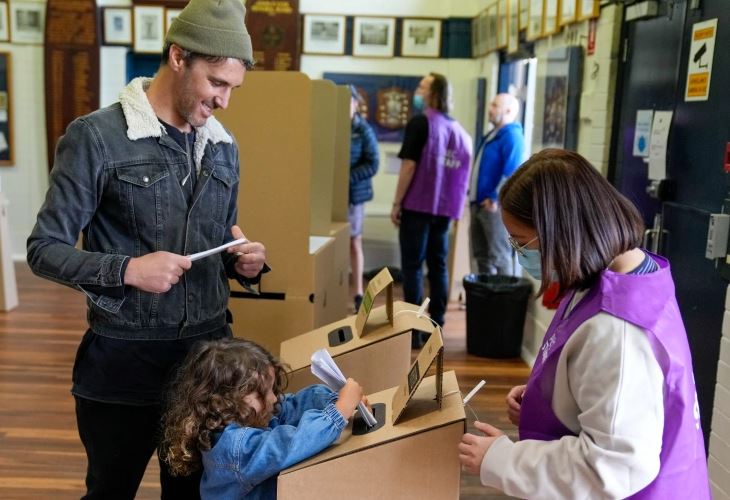 Al Jazeera: [2] Polls have opened in the Australian election, with a tight contest expected between the incumbent Liberal-National coalition of Prime Minister Scott Morrison and the opposition Labor party under Anthony Albanese.

[3] Labor has led opinion polls throughout the six-week campaign, but the gap has narrowed with Morrison’s coalition making up ground ahead of election day.
Morrison is aiming to become the first prime minister to win two elections in a row since John Howard in 2004. Voting is compulsory in Australia and just over 17.2 million people have enrolled to vote, according to the Australian Electoral Commission (AEC).

[4] Record numbers of voters have already cast their ballots at early voting centres or via postal votes, and more than half of the total votes had been cast by Friday evening, according to the commission. Polls close across the country at 6pm, which is 08:00 GMT in Sydney and 10:00 GMT on the west coast.
[5] Narrowing polls and the emergence of independent candidates have raised the possibility of a hung parliament.

Labor or the Liberal-National coalition require 76 seats in the lower house to form a government, anything less and they would need to negotiate with smaller parties and independents in order to try and form a minority government.