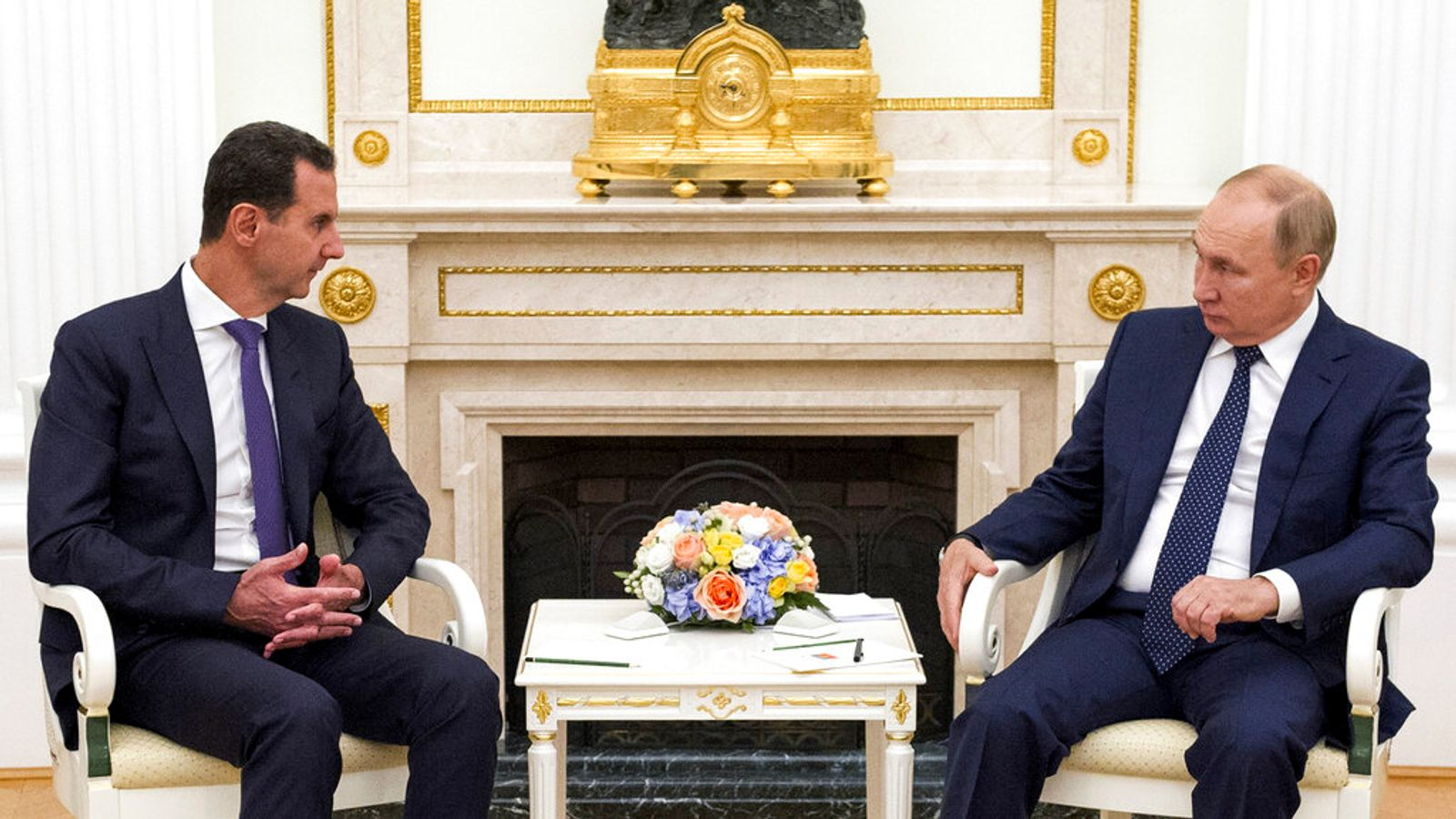 Sky News:[2]Syrian President Bashar al Assad has met Vladimir Putin in Moscow – their first meeting in the Russian capital since 2015.Mr Putin congratulated his counterpart on winning May’s presidential election, according to the Kremlin.The election – in which Mr Assad is said to have won 95% of the vote – was dismissed as a sham by most Western countries.Mr Putin also used Monday’s meeting to praise President Assad’s renewed grip on the country after a decade of fighting.

[3]The Kremlin quoting him as saying: “Terrorists had sustained a very serious damage, and Syrian government, headed by you, controls 90% of the territories.”However, he reportedly warned that foreign forces being deployed in Syria without a decision by the UN were a hindrance to its consolidation.The meeting between the two leaders was their first since a summit in Syrian capital Damascus in January 2020.