[1]Use of lethal arms at the border is being stopped 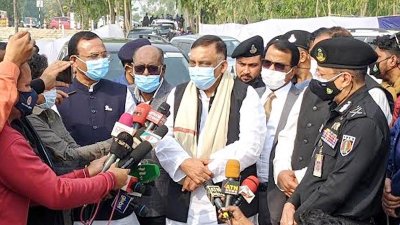 Shahnaz Begum of DOT
[2] Home Minister Asaduzzaman Khan Kamal has said the decision was taken after discussions between Bangladesh and India Home Ministers. Yesterday the Home Minister made the remarks while addressing a function to distribute winter clothes at the eastern bank of Dharla river in Kurigram organized by RAB-13 Rangpur at 1pm, reports Bangla Tribune.

[4] The minister said the two countries were discussing at the home minister level and at the BGB-BSF level. It has been decided that border killings will stop and lethal weapons will not be used.